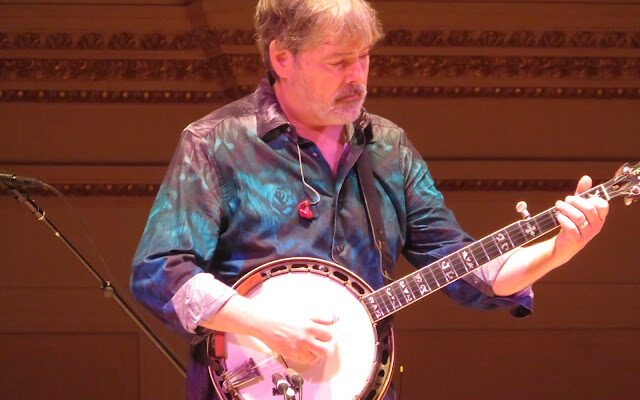 After canceling a few performances due to COVID-positive members and then temporarily altering the show to a scaled-down acoustic program called David Byrne’s Unchained, David Byrne’s American Utopia returned to the St. James Theatre last week and is extending its limited engagement by another month. The theatrical concert began its post-shutdown run on September 17, 2021 and was to run through March 6. Byrne and his on-stage band now will perform songs from his solo and Talking Heads eras through April 3, 2022.

Billy Joel will not perform at Madison Square Garden on January 14. Tickets for that show will be honored on August 24. Joel intended to play one show at Madison Square Garden each month when he began a residency in January 2014, The COVID shutdown interrupted his residency for more than a year. He resumed with performances in November and December 2021, and is scheduled to return on February 12. “Nothing is more important to me than the safety and well-being of my band, crew, and the fans; so due to unfortunate COVID-related circumstances, we made the decision to reschedule the January 14th concert at MSG,” Joel said in a statement on December 5.

Spin Doctors will not perform at Brooklyn Bowl on January 14 and 15. “Due to the ongoing rise in Covid cases and the spread of the omicron variant, we have made the decision to postpone our two shows at Brooklyn Bowl,” the band announced on social media on January 4. “The health and safety of our fans and crew is our biggest priority. We will be announcing the new dates shortly.”

Best Coast has canceled its tour and so will not perform at Brooklyn Steel on January 25. The band announced on social media on December 6 that they are “devastated to announce that our upcoming Finally Tomorrow tour is unfortunately canceled.”

“It was an incredibly difficult decision to make, but one that we ultimately felt was right. The last two years have been so difficult for us as a band (and the entire world) – and we appreciate your support through it all. At this time, we are not rescheduling any of these dates, as the rollercoaster of the reschedule-announcement-cancelation cycle we’ve been stuck in is incredibly exhausting (for you too I’m sure!) and we just need a moment to decompress. We love you SO much and we hope to safely see you soon. Refunds available at point of purchase. Hang in there ❤ love, bethany and bobb.”

Daughters will not perform at (le) Poisson Rouge on January 25 and 26. This pause in all band activity is a result of abuse allegations against leader Alexis Marshall by his former partner Kristin Hayter, known by her recording alias Lingua Ignota. She initially posted the charges on social media in October 2021 and then issued further details in December 2021. Marshall denies the charges.

Maddie & Tae will not perform at the Gramercy Theatre on January 13. The duo will reschedule its 2022 tour. “As excited as we are to get out on the road and see everyone, we are holding off on our return a little bit longer,” the duo announced on social media on December 27. “Tae and her baby are doing great, but the doctor has placed her on temporary bed rest. Out of precaution, we are postponing our upcoming tour dates including the CMT Next Woman of Country: All Song No Static Tour. Rescheduled dates to be announced soon!”

The annual Tibet House US Annual Benefit Concert at Carnegie Hall, to which Philip Glass invites a star-studded lineup, will not happen as scheduled on  March 16. “Due to COVID-19–related challenges, this performance has been postponed,” reads the notice on the venue’s website. “A new date will be announced once confirmed.”

The Stone closed its avant garde programming at the New School for the month of January. “Due to an abundance of caution surrounding the recent wave of covid-19 cases in NYC, the New School will be closed for the month of January,” states a notice on their website. “As a result all Stone concerts will be canceled. Apologies to you all. We hope to reopen as soon as possible.”

The Manhattan Beat recommends the following concerts this week. All venues are in Manhattan unless otherwise specified. Contact the venue for confirmation on show times, location, and COVID compliance.

FOR THE FULL INTERVIEW AND PHOTOS BY EVERYNIGHT CHARLEY, CLICK HERE!