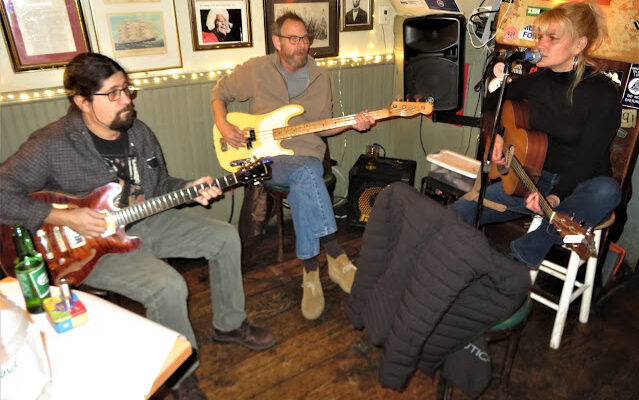 Live music has been good in New York City the past few nights, mostly supplied by local musicians since many touring musicians are waiting a few more weeks before coming to town. The live music choices look promising for this weekend, as well, for those willing to try new sounds. Be advised about the following cancelations, however. If you planned on enjoying these concerts this weekend, make other plans.

Previously announced postponements and cancelations this weekend include Billy Joel at Madison Square Garden, Widespread Panic at the Beacon Theatre, Umphrey’s McGee at Terminal 5, Guided by Voices at Irving Plaza, Spin Doctors at the Brooklyn Bowl, Motion City Soundtrack and All Get Out at Terminal 5, and globalFEST at Webster Hall. In the past week, several additional postponements and cancelations were announced for this weekend.

Vincint postponed Saturday’s performance at Webster Hall. Vincint announced on social media on January 6, “Babes, it’s true and I hate it 🙁 💔. This is my first headline tour and I want to do it safe and right. You have no idea how excited I am to party with all of you. SAFELY. So this is what we have to do. We’re moving the dates for the Getaway tour. All tickets will be honored for the new date. Please look out for an email from each ticketing platform. I’ll share the new dates as soon as they’re set! So hang tight and know that I’m counting down the minutes until I can FINALLY getaway with you <3.”

Tall Heights and Andrea Von Kampen postponed Saturday’s concert at Brooklyn Made. The headliner announced on social media on January 7 that “we’ve made the decision to postpone the first leg of our 2022 Juniors Release Tour (01/12 – 01/30). Arriving at this decision has been all-consuming. We’ve been feeling so many emotions: sorrow, concern, uncertainty, fatigue, anger, relief. Maybe you’re feeling some of that too? ultimately, we didn’t want anyone to have to choose between attending a show and feeling safe. Keeping yourself and your loved ones safe should never be part of the calculation. We want you to be here because you love the music and want to share in something real, human, and lasting… sans fear. With all of that said, we’re working on rescheduling the run so hold on to your tickets and we’ll announce new dates soon. Hopefully Andrea von Kampen will be able to join us as well. 🤞”

The Armed has rescheduled its headlining concert at the Music Hall of Williamsburg from this Saturday to March 10. The band announced on social media on January 4 that their, “January shows have been moved to March. We don’t take the decision lightly and apologize if this has caused any inconvenience—but with the chances of these shows actually going off without a hitch over the next few weeks becoming more and more unlikely—we’d prefer to take control of the situation and prevent last-minute cancellations.” In the interim, the band is offering ticketholders a free digital download EP of the Adult Swim Festival set.

Eivor’s concert at (le) Poisson Rouge is rescheduled from this Saturday to July 29. Eivor announced this on social media on January 10. “I am sad to let you know that unfortunately my tour this month will need to be postponed due to the ongoing COVID crisis,” they wrote. “The numbers and restrictions are just too crazy at the moment to make traveling and playing shows possible and of course everyone’s safety is our most important priority. The GOOD news though is that our amazing team of bookers was able to re-schedule the dates already, so at least we have new shows to look forward to

The TarantinosNYC will substitute for the Supertones at Unsteady Freddie’s Surf Rock Shinding at Otto’s Shrunken Head on Friday night, a show that was postponed from January 1. Ranky Tanky has replaced Ms. Lisa Fischer at the Blue Note all weekend. Sunday’s hardcore matinee concert featuring 24-7 Spys, Farenheit 451, Cropsey, and Iconicide at the Bowery Electric is postponed, according to an announcement by the promoter, Drew Stone, on January 6. The Cowsills show at the Cutting Room is postponed from Sunday to September 10. Ginger Root has rescheduled its tour and so will not perform at the Music Hall of Williamsburg this Friday; the new date is May 29. Ryan Hamilton & the Jellybricks at the Cutting Room, the Cherry Poppin’ Daddies at Iridium, the Salt Cracker Crazies and the Pioneers at Terra Blues, and the benefit for Billy J. Kramer at the Cutting Room are all canceled. In addition, the Body & Soul: 25th Anniversary event featuring Francois K, Joe Claussell, and Danny Krivit at Brooklyn Steel on Sunday also is canceled.

In addition, several concerts scheduled for this weekend no longer appear on the venues’ website, with no explanation or cancelation notice from neither the musicians nor the venue. Presumably these shows will not be happening this weekend. These include Kiwi Jr., Trace Mountains, and Gladie at Baby’s All Right, Stephane Wrembel at Drom, and Judith Hill and Eli “Paperboy” Reed, as well as Cracker and Camper Van Beethoven at Sony Hall.

The Manhattan Beat recommends the following live music this weekend. All venues are in Manhattan unless otherwise specified. Contact the venue to confirm show times, COVID compliance, and other updates.