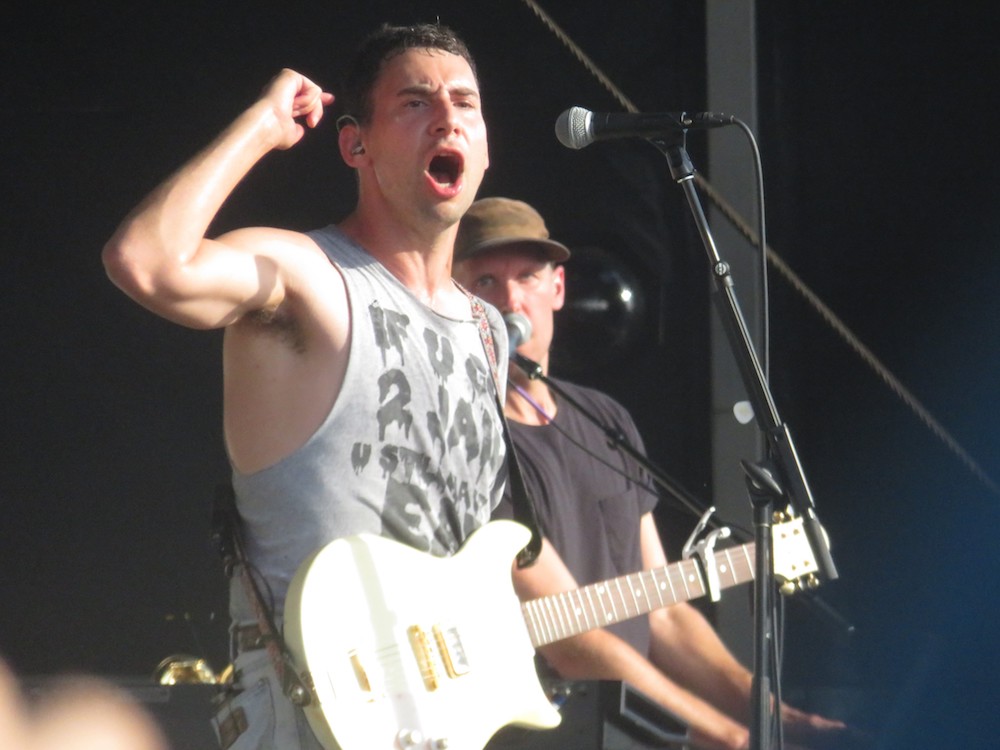 Several marquee bands announced concert tours on January 28. Rex Orange County, Bleachers, Ben Rector, Mother Mother, Dashboard Confessional, and Kranium are among the artists who will include a show in New York City.

Rex Orange County announced his 2022 North American and UK/Ireland tour dates. The North American leg commences on May 4, and sees Rex play across the continent before closing the run at the end of June in Canada. The tour includes a local show at Forest Hills Stadium on May 14. The tour will coincide with his new album Who Cares?, due March 11, his first release since 2020’s Live at Radio City Music Hall EP.

Following a performance debut on Saturday Night Live earlier this month, Bleachers will embark on ‘the 2022 tour.’ Locally, Bleachers will headline at Radio City Music Hall on July 26, with beabadoobee as its support act. Accompanying the tour announcement, Bleachers released a music video for “How Dare You Want More,” a single from the band’s Take the Sadness Out of Saturday Night album. The visual for “How Dare You Want More” features footage from the band’s sold-out tour last fall, showcasing behind-the-scenes and performance clips.

Mother Mother will follow the current sold-out US tour with a fall tour. The current run includes a show at Irving Plaza on February 2. The returning six-week tour will launch in September 2022 and will set the band in large ballrooms. This will include a show at the Hammerstein Ballroom on October 10, with support acts Sir Sly and Transviolet. The new tour announcement coincided with the release of Mother Mother’s new song, “Hayloft II,” a sequel to the band’s breakout hit “Hayloft.”  In the lead-up to the release of “Hayloft II,” the band shared a newly re-imagined narrative video for “Hayloft.”

Kranium will headline his biggest North American tour to date. The coast-to coast Wi Deh Yah Tour will run from April 28 to May 15. The tour will begin at the Brooklyn Bowl in Philadelphia, Pennsylvania, and will play at Irving Plaza on May 1.

The Sinead O’Connor dates at City Winery NYC seem to be canceled. Aimee Mann is covering some of those dates with her rescheduled performances on April 15 to 18.

The following shows were recently postponed and new dates were announced.

CLICK HERE FOR THE FULL ARTICLE BY EVERYNIGHT CHARLEY!