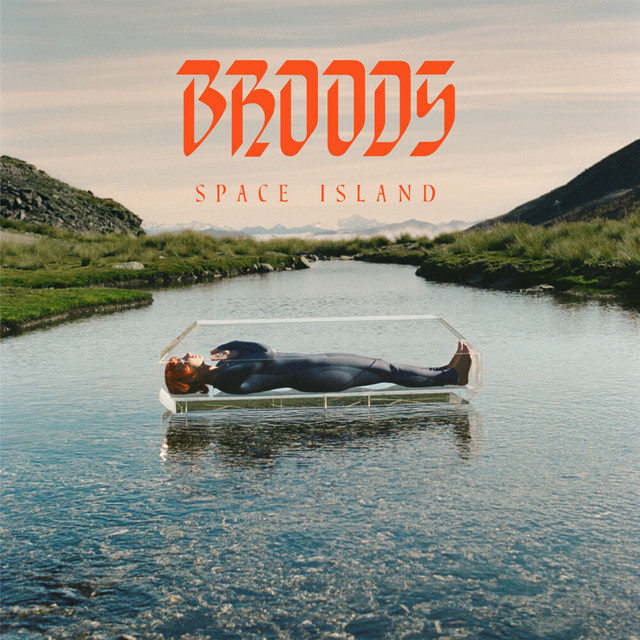 On a Rocketship to ‘Space Island’ with BROODS

New Zealand duo BROODS return in just two days, on February 18, with their fifth studio album, Space Island. Let us tell you now: this album will send you, and all listeners, into an electric pop galaxy.

BROODS consist of siblings Georgia and Caleb Nott, who, on this album, bring in soft elements of surf rock into their indie sound with cool guitars that kick off the intro to several tracks, each of them transitioning into beautiful synth-pop numbers. Like several other artists debuting music this year, much of this album was composed as a result of the isolative measures brought on by COVID-19, which fans benefit from, because it gave the Notts the freedom to experiment with new sounds. This new style that BROODS is debuting came from at-home recording, too, with the occasional collaboration from producers Stint and Leroy Clampitt.

At times, the album can feel like the soundtrack of a film, as it tells the story of someone enduring a toxic relationship, and eventually making the revelations that cause them to move on. The first single off of the album, “Piece of My Mind,” delivers sweet space-like melodies, while going into the struggles of trying to break away from problems to make change. This song is empowering and fun, a grand track that you could hear in the background of a movie whose main character is going through a montage of getting a makeover, starting anew, and moving on.

Space Island was written at a transformative time in Georgia Nott’s life, as she has said that much of the album is inspired by a recent heartbreak. Tracks “Gaslight” and “Like a Woman” are extremely beautiful – they feel soulful, yet still tie into the overall synth-pop vibe that the album possesses. These songs, and more, revolve around hash topics, but does so gently. “Gaslight” is an example, being a stunning ballad of manipulation and the pain that a toxic relationship brings. This song is perfect for any Taylor Swift fan, especially those who recently listened to the “All Too Well” re-recording a little too much.

“Like a Woman” comes later and sounds like an R&B track with its deeper vocals that embody the experience that women face when being taken for granted in a relationship.

BROODS also collaborated with pop powerhouse Tove Lo, who just dropped her own single in last week’s Euphoria episode, “I Keep.” Refreshing the genre that brought her success with “Stay High,” the Tove Lo collaboration is an illusive dance-pop track that makes listeners feel like the main character in the previously mentioned movie. The song’s theme discusses the negativity of returning to bad habits and falling back into someone who has broken your heart. “Distance and Drugs” and “If You Fall In Love” keep up with this song’s energy, revolving around the dark themes of a break-up, while maintaining a fast tempo that makes you want to dance the pain away.

Space Island is a creative and fun listen from the start and it is sure to grow the BROODS fanbase tremendously. The Nott siblings have worked hard to make a piece of art that truly transports listeners to another dimension, but have done some while singing of the relatable topics of heartbreak and rebirth – both of which occurs in this record.

Before the album drops on Friday, listen to the first three singles that are available now: “Piece of My Mind,” “Heartbreak,” and “Like a Woman!”

FOR MORE INFORMATION ON BROODS, CHECK OUT THEIR WEBSITE! SPACE ISLAND DROPS ON FRIDAY, FEBRUARY 18, AND YOU CAN FIND IT WHEREVER YOU LISTEN TO MUSIC!