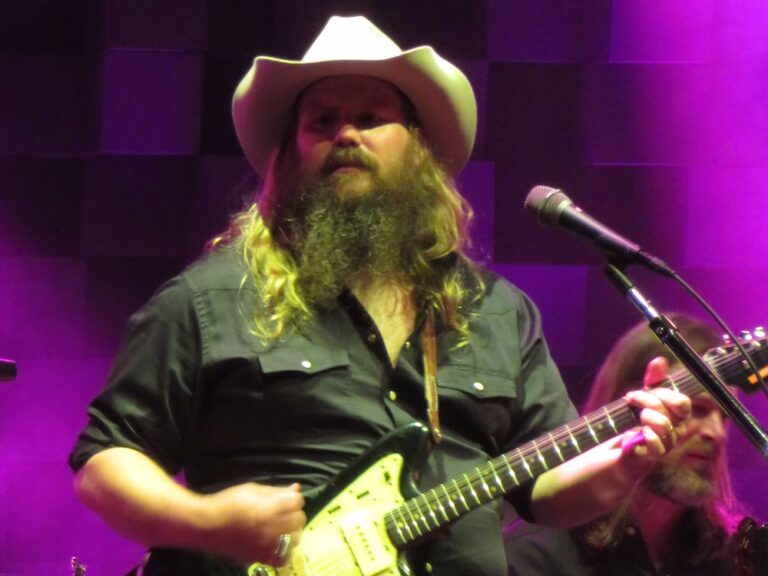 Chris Stapleton and his All-American Road Show will continue throughout 2022 with newly added stops including Northwell Health at Jones Beach Theater on August 25, among others. Elle King and Morgan Wade will be the support acts at the Long Island amphitheater. Previously, the five-time Grammy Award-winning country musician announced another pair of area shows at the Hard Rock Live at Etess Arena in Atlantic City on April 8 and 9.

Gavin DeGraw announced 20 intimate shows this spring for his Full Circle Tour. The multi-platinum country music artist will be returning to some of the small clubs where he started his career to showcase his upcoming album Face the River in its entirety. The tour begins on April 19 and will play two local venues, City Winery NYC on May 15 and a tour closer at the Bitter End on May 20 and 21. “I’m very excited to announce my Full Circle Tour,” DeGraw was quoted in a press release.  “Each night I’ll be performing my upcoming album, Face the River, in its entirety, making each and every one of these nights that much more special.”

After eight years apart, Big Time Rush appeared on television’s Good Morning America  to announce the Forever Tour, a 41-show national trek from June 23 to August 30 that will headline Madison Square Garden for the first time on June 30. Dixie D’Amelio will be the support act. After announcing the tour, the group then took to the GMA stage for the world premiere and debut performance of the song “Not Giving You Up,” which will be released officially on February 25. “Not only are we excited to be sharing new music with you this week, but we’ve been holding onto this secret for over two years and now it’s official!” said the band. “We are going back on tour! We can’t thank you enough for all of your love and support over all these years and we can’t wait to see you at the Forever Tour.

The 2CELLOS world tour will swing through the U.S. from March 26 to April 16 and include a local performance at Barclays Center on April 3. The 2022 Dedicated World Tour will celebrate 2CELLO’s 10th anniversary and Luka Šulić and HAUSER’s final series of concerts together. The Croatian duo’s farewell tour coincides with the release of Dedicated (Extended Edition), a reissue of the 2021 Dedicated album with three bonus tracks, on February 18.

Simple Plan and Sum 41 will co-headline the 36-city Blame Canada 2022 Tour across the U.S. from April 29 to August 16. Local shows will be at the Stone Pony on May 7 and the Rooftop at Pier 17 on May 8. Both bands will celebrate the 20th anniversary of their debut albums, with Sum 41 performing All Killer No Filler and Simple Plan performing No Pads, No Helmets…Just Balls. Set It Off will be the support act at these shows. The tour will mark the first time that Simple Plan and Sum 41 will be traveling together.

“We’re so happy to finally be able to play shows again and couldn’t be more excited to head out on the ‘Blame Canada’ tour with Sum 41!” Simple Plan said in a press release. “It’s hard to believe this will the first time we will co-headline a tour together, but the timing couldn’t be better as we both celebrate the 20th anniversary of our debut albums!” Sum 41 vocalist Deryck Whibley added, “We have known the guys in Simple Plan for a very long time and know these shows are going to be great. We cannot wait to hit the road with them! We have a lot of fans in common and we know they have waited for this for a very, very long time! After not being able to tour for almost two years due to the pandemic, we’re gonna go out there and play our hearts out, enjoy every second of being on these stages, and we’ll make sure everyone in the crowd has the time of their lives!”

Sigur Rós announced on February 22 the first dates of a world tour, the Icelandic band’s first in nearly five years, traveling to Mexico, Canada, and the U.S. beginning April 30. The tour will conclude with shows at the Kings Theatre on June 14 and the Beacon Theatre on June 17 and 18. Presently, Sigur Rós is writing and recording its first studio album since 2013’s Kveikur and will perform the new songs at the shows, alongside music from the band’s 25-year discography. Sigur Rós founding members Jónsi and Georg Holm are joined in the studio and on tour by former member Kjartan Sveinsson, who rejoins the band almost a decade after stepping away to focus on other projects.

Regina Spektor will perform at Carnegie Hall on April 11. This homecoming concert will preview songs from the Moscow-born, Bronx-raised singer-songwriter’s eighth studio album, Home, before and after, which will be released on June 24. The engagement follows on her five-night Broadway residency at the Lunt-Fontanne Theatre in 2019.

Lucky Daye will embark on a tour through North America this spring, starting on March 18 and culminating locally at Terminal 5 on April 25. The New Orleans-born rhythm and blues singer will release his Candydrip album on March 10.

Strand of Oaks will embark on an American tour from May 7 to June 29, including a headlining performance at the Music Hall of Williamsburg on June 16. The Still Tide will be the support act. The tour will promote Strand of Oaks’ eighth and most recent album, In Heaven, which was released in fall 2021.

Women That Rock will celebrate International Women’s Day 2022 with an all-ages concert featuring Rozzi, Demi Ramos, Stalking Gia, Cloe Wilder, Ok Cowgirl, and Scarlet Fiorella at the Knitting Factory on March 9. Women That Rock is a music discovery platform dedicated to amplifying the voices of the best rising female and non-binary musical artists. Women That Rock also hosts live music events, all with femme-forward lineups and the goal of creating more visibility and safe spaces onstage for female and gender expansive musicians. Women That Rock‘s mission is to tip the scales towards more gender equality and inclusivity in the music industry.

Following multiple postponements, They Might Be Giants announced on February 22 a year-long 2022 + 2023 North American Tour that will begin at the Bowery Ballroom on June 8. The remaining rescheduled shows at the venue will happen on June 17, 18, 19, and September 25. The alt-rock duo also will perform rescheduled shows at the Asbury Lanes on August 30 and 31. With more than 40 shows sold out, the tour supports the fall 2021 album and coffee table art book project, Book.

Enter Shikari postponed North American dates originally planned for March/April 2022 until September/October 2022, “due to ongoing uncertainty caused by COVID19 and impact upon safe touring,” according to a press release on February 23. The concert at Warsaw originally scheduled for April 2 will now happen on September 17.

Other newly rescheduled concerts include the following events.

The following concerts are canceled. At press time, no information was available about rescheduled dates.

FOR THE FULL ARTICLE AND PHOTOS BY EVERYNIGHT CHARLEY, CHECK OUT HIS BLOG, THE MANHATTAN BEAT.