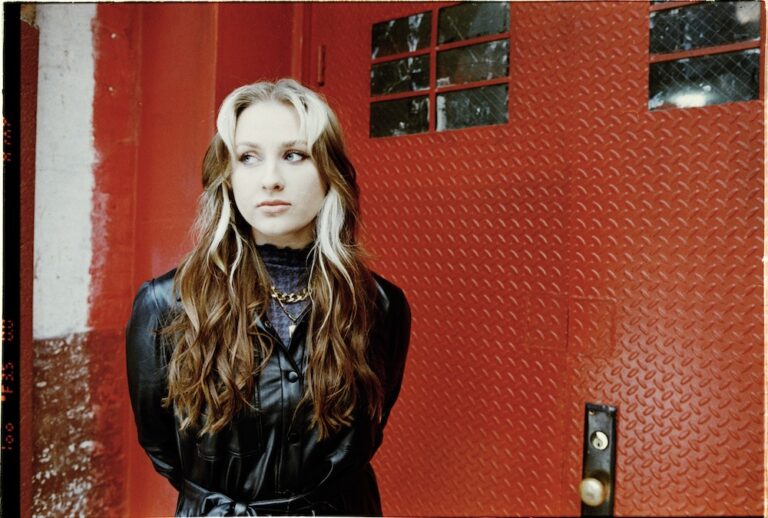 Embracing Ashley Kutcher Before, During, & After Her Musical ‘Self-Discovery’

Today you have a new song from Ashley Kutcher to listen to. Tomorrow you’ll certainly still be listening to it. And we can almost guarantee that if you’re in the area for her on stage debut in the coming weeks, you’ll want to get tickets.

When it comes to singer-songwriter Ashley Kutcher, her mark has already been made; she is a star with the mindset, streams, and talent to back her. Give her a little bit more name recognition (outside of one actor-turned-entrepreneur whose own moniker is quite similar) and a solid full-length record, and she’ll be on par with label-mate Billie Eilish and fellow rising songstress Catie Turner. Like the latter two artists, her heart is on her sleeve – ie: her lyrics – no matter what, and it is what has fans of all ages captivated.

There’s an effortlessness to the Towson University graduate and Maryland native that tumbles out of her. She seems so at ease with what she is creating and that comes through whether she’s a person to chat with, like we were lucky enough to experience, or a musician to listen to, which you should be doing sooner than later with “Love You More” out today.

Through a lot of our conversations with musicians who have found a home in TikTok, or even just a jumping off point, the general consensus is to create content that is wholeheartedly your own. You’ve spun that even more on its head by taking social media posts and turning them into something more – something artistic. How has TikTok, and social platforms as a whole, inspired you as an original singer-songwriter?

TikTok has become my biggest platform for sharing my music. Nowadays, people have such quick attention spans that it can be hard to engage an audience with songwriting. My fans on TikTok have really helped inspire me to continue to write music and stay motivated even when videos don’t “blow up.” I’ve written many songs based on comments and song suggestions. I just make sure to keep my content as genuine as possible. As long as I feel like I’m doing that, I am happy with the content I’m posting.

Do you ever, or did you ever, feel nervous putting yourself and your music out in the open in such a way as you did with “Love You From a Distance”?

It definitely is a very vulnerable process. Writing songs is the easy part, but realizing anyone can practically read my diary can be difficult. It’s weird to have people you’ve never met before listening to all of the thoughts inside your head. It can also be hard to have people you know in real life assume lyrics or songs are about them. But I consider all my songs as feelings and not long-term defining moments – if that makes sense. Just because there’s a whole song about me feeling a certain way doesn’t mean I won’t feel the exact opposite way the next day.

You’re a proud East Coast native and one of your two headline debuts is right here in NYC – the Mercury Lounge who has seen quite the amazing talent walk through its doors. What will this show, as well as your LA concert right before, mean to you?

Live music means everything to me, especially because that’s how I started really getting into music. I used to play three to four hour solo acoustic gigs multiple nights a week before ever writing my own music. I cannot wait to play my very own songs for the first time in front of an audience who know the lyrics. It will be a surreal moment, especially to play at a venue I’ve seen my favorite artists perform at! I just moved from Baltimore, Maryland to Brooklyn, New York and it’s so exciting to play one of my first shows close to home.

For fans heading out on March 8 and 10, what can they expect from these concerts?

I want my concerts to be intimate and engaging. I’ve seen live music connect with so many people and I hope that happens when all of my fans are in the same room. I want everyone to feel connected and have a really good time.

Speaking of your debut, One Eighty is quite the vulnerable, perceptive first EP release. What about this record do you think truly showed the world who you are and what you can do as an artist? Because for us, it opened up this more indie type of Taylor Swift that the world needed, similar to the likes of Bea Miller or even some Mitski songs!

My EP, One Eighty, was a project full of self-discovery. This was my first real chance to produce music with different artists/writers/creators and I used this opportunity to explore new styles. I really enjoyed embracing more of a fun pop side, while also being able to focus on storytelling. This EP really helped me discover what sound feels most authentic to me and I cannot wait to continue to build that genre through upcoming releases.

Having such a rapid, mainstream come-up in the industry, have you had a chance to sit down and take in all the power you now have as a songstress-on-the-rise thanks to One Eighty and songs like “Hands to Myself”?

It’s really hard to comprehend how many people have heard my music, even after seeing the numbers. My rise in songwriting has felt unique because it started during a pandemic and only now am I able to perform these songs live for the first time. I think I will never fully wrap my head around how lucky I am to be given this opportunity and platform to create.

After these headline shows, what’s next for Ashley Kutcher? We know fans will be itching for something new after experiencing you up-close-and-personal, so to speak.

The songs that I’ve been writing for my next project are already some of my favorites.  I’ve learned a lot in that past year and I’ve written down just about every thought I’ve ever had, most of them very raw and not pretty. I plan to continue turning these vulnerable thoughts into songs to continue to help others. I also, of course, hope to be playing live more!

“LOVE YOU MORE,” THE NEW SINGLE FROM ASHLEY KUTCHER, IS OUT NOW WHEREVER YOU LISTEN TO MUSIC! FOR INFO ON HER MERCURY LOUNGE CONCERT ON MARCH 10, CLICK HERE!