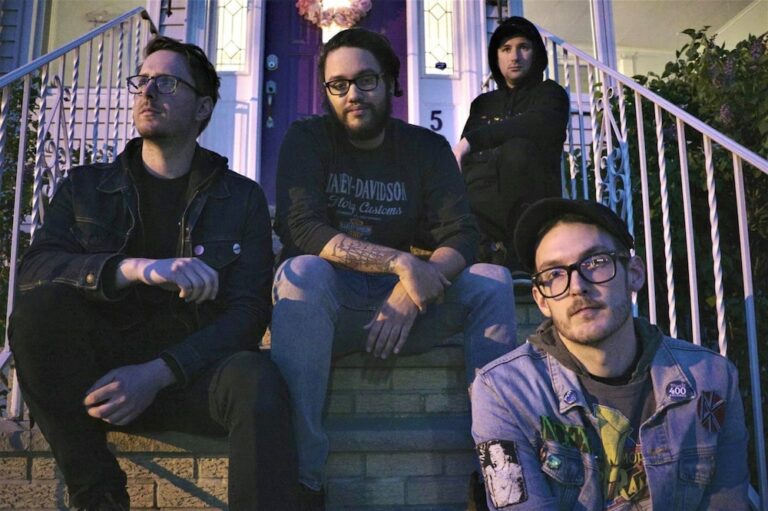 If you have been keeping up with us over the past few months, then you know how much we love Old Currents. From reviews to interviews, Old Currents is a band that we get on board with no matter what they are doing. We are honored that this time around our coverage on this band is the exclusive premiere of their forthcoming album’s very last single ahead of it’s Friday, March 11 release.

Old Currents’ final single for this album era is “The Glory,” and this song in the vein of eighties rock ballads, but almost if it were being performed in an MTV Unplugged style setting. What the Jersey band does on this song is reflect on themselves, relationships, the world around them, and so much more with an acoustic guitar backing all that they have to say. An introspective number from the raucous, riveting band, “The Glory” takes their career up several notches.

You might be asking, “How can one song do this?” Well, after just one listen, you’ll gather that it has less to do with the song itself and more with what the song is setting the stage for. Or, even, it’s music video, which is cascading scene of harvest and emotion. There are only a few twinges of the group’s evident punkiness here, but they are gripping to catch nonetheless.

“The Glory,” this brand new single, is seemingly effortless for the rock band. You don’t feel like they’re putting on a hat – a stripped down hat made for quieter, simpler music moments. No, this track is truly who they are. “The Glory” is them. It is this band to its core. It’s a song with heart laced within and it’s a song to share your heart through. The music video is aptly simple and sweet, giving viewers a chance to practically impart their own musings and memories into the autumnal scenery.

For every breath of nostalgia laced into the three-minute-long song, there is also a breath of fresh air. Being able to look back and evaluate, reminisce and appreciate, accept and inspire, is no small feat. And for an album like The Glory, The Defeat, it’s a full circle moment that gives both the alternative band and the audience a moment of release. You’re allowed to feel… in more ways than one.

Sentimentality is warming, but in the style of this pop rock song, Old Currents are allowing you to scream the song on the top of your lungs, air guitar right alongside it, or just sit somberly, quietly, thinking about how this song is going to further you after you experience it. This song has that quality to it, this couth, that embodies growth – once again setting the stage for, apporporiately, the glory that can come after defeat, no matter what that is to you.

As the band tells us about the stunning, almost quaint video that accompanies the release today, “Anybody who knows [frontman] Jake knows he’s a BIG fan of all things autumn. Using autumn as the lyrical setting of the song, we wanted to shoot a video that captures the scenery associated with the season as well. Bassist Ryan Struck aka Daily Grime Media, conceptualized, shot and directed the video. In our opinion he nailed the feeling Jake tried to convey with the song.”

We can imagine that “The Glory” is one that fans and listeners alike are going to come back to time and time again. It is so much more than a new single from Old Currents or the final release before the full album package is in our lives. It is so much more than an exclusive premiere from us here at The Aquarian. This song embodies the band and enforces an internal message, but most importantly, it feels complete – cohesive – with what Old Currents want to do at this point in their career and with this debut album we are just a month out from.

You’ll have to listen to it to get it and see it to believe it, but like the band themselves, you have to have faith in taking those next steps in the most thoughtful, and often riveting, manner. (Guitar in hand and crunchy fall leaves, optional.)

THE GLORY, THE DEFEAT, OLD CURRENTS’ UPCOMING LP, IS OUT ON APRIL 22!