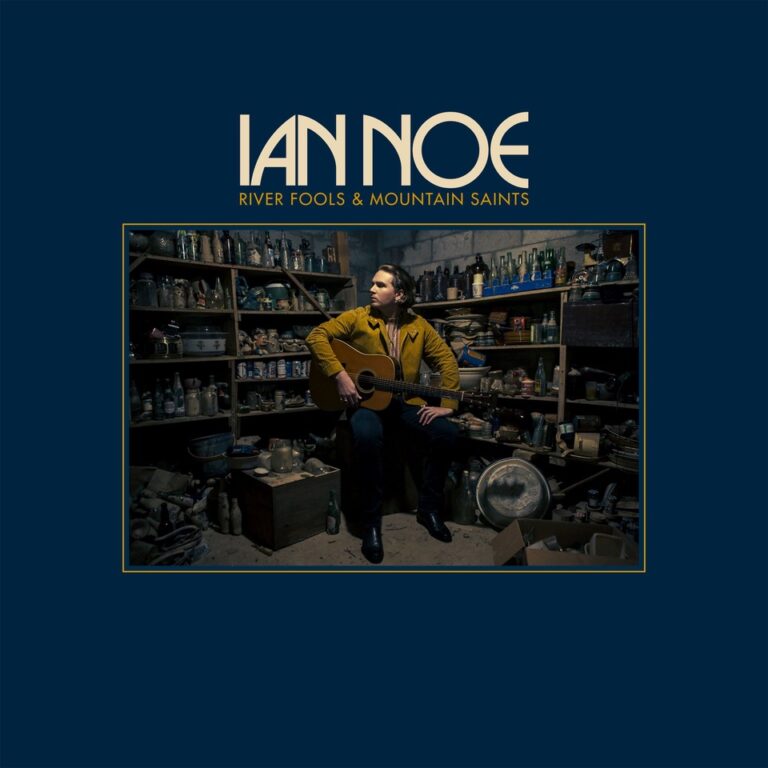 Ian Noe, River Fools & Mountain Saints. Listening for the first time to this release from Bowling Green, Kentucky–based folk singer/songwriter Ian Noe, you’re bound to think of John Prine. Noe’s vocal inflections and musical approach and the way he puts words together are so redolent of Prine that you might wonder whether he has come back from the grave to deliver one last album. Play the record a few times, though, and an original voice will emerge.

It’s a powerful one. Featuring Noe’s acoustic and electric guitar work and warm, folksy vocals as well as complementary backup that includes fiddle, steel guitar, French horn, piano, and organ, this sophomore release offers a dozen story songs. In keeping with the CD’s title, six concern the “river fools” who live in the lowlands of Noe’s home state while an equal number limn the characters he dubs “mountain saints.”

There’s not a wasted word in these vivid, colorfully detailed musical portraits, many of which describe people who are down on their luck. In “Lonesome as It Gets,” for example, Noe sings, “She used to stand by the kitchen door while the sun was coming up / She’d always tell me if it looked like rain or if the cat crawled on my truck / Now every morning is a quiet mess with these things I can’t forget / Ain’t that about as lonesome as it gets?” “Ballad of a Retired Man,” meanwhile, paints a picture of a “nervous wreck” who remains haunted by old memories, sees a “man in the mirror, beaten up and old,” and wonders what comes next. Then there’s “Strip Job Blues 1984,” which describes a worker “coming off the mountain, 20 tons in tow” and concludes that “what you gain from a strip-mining job doesn’t compare to what you lose.

Such tales, some of which are told in the first person, help to put Noe in the ranks of the most auspicious folk artists to emerge in recent years. It’s particularly impressive that these songs – which seem to reflect a lifetime of experiences – are the work of a man who is only 31.

Duke Robillard, They Called It Rhythm & Blues. Note the past tense in the title of this self-produced latest CD from veteran blues guitarist Duke Robillard. It suggests that they don’t make ’em like this anymore, and generally speaking, they don’t. Though recorded recently in a studio, the music sounds as if it might be pouring out of a roadside juke joint in the late fifties or early sixties.

Robillard’s versatile and consummate guitar work is the biggest star on this high-energy album but it’s not the only one. His five-man backup band – which features vocalist Chris Cote plus a keyboardist, a bassist, a drummer, and a sax player – is terrific. So are such guests as guitarist John Hammond and Kim Wilson, Robillard’s old bandmate in the Fabulous Thunderbirds, who sings on two numbers.

It doesn’t hurt that the 18-song program, which employs elements of blues, jazz, and rock, is consistently first-rate. Along with two compositions each by Robillard and Wilson, the setlist includes such standouts as Howlin’ Wolf’s “No Place to Go,” Tampa Red’s “Rambler Blues,” and a rather true-to-the-original cover of Mickey & Sylvia’s “No Good Lover” that finds Robillard sharing vocal duties with Texas-based electric blues guitarist Sue Foley.

Genevieve Racette, Satellite. This third full-length album from Montreal-based Genevieve Racette offers a perfect sonic accompaniment for a night by the fireplace with a glass of wine and your partner – or your memories of one. Racette, who sings mostly in English and occasionally in French and wrote or co-wrote everything on Satellite, dedicates its lush, emotion-soaked songs of love lost and found to “the broken hearts club.” Accompanying herself on acoustic guitar, she is backed primarily by a drummer, a bassist, a pianist, and an electric guitarist. Imagine a blend of Cowboy Junkies, the Sundays, and Norah Jones and you won’t be far off.

Jefferson Ross, Southern Currency. Atlanta-based singer/songwriter Jefferson Ross has said that the idea for this album emerged when he was telling someone that the South “is not just one culture but a collection of many cultures, accents, food traditions, world views, etc.” With that in mind, he decided to write a song for each state “and let that idea speak for itself.” The consistently excellent Thomm Jutz–produced result offers 11 musically varied acoustic numbers that feature Ross on guitars and lead vocals and a backup that incorporates mandolin, upright bass, fiddle, and percussion. Among the highlights: a lively tip of the hat to Louisiana called “Baptize the Gumbo”; “Turquoise and Tangerine,” which limns the “sunset life” of two Floridians; and “The Nashville Neon Waltz,” which find a past-his-prime former musician pouring drinks for a woman in a bar as they both recall better times.