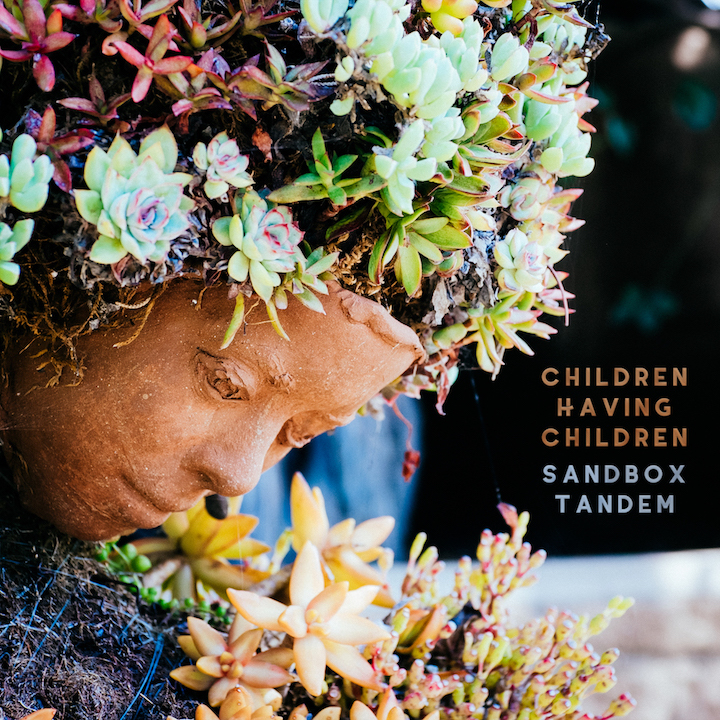 Sprawling meadows and groovy synths make up “Sandbox Tandem,” the latest Children Having Children release, of which we are thrilled to be premiering here today.

We are swallowed up by “Sandbox Tandem,” wholeheartedly engulfed in its slick production (Thanks to Ryan Williams [Outkast, Rage Against the Machine]) and understated whimsy (Thanks to Children Having Children themselves). Sure to be an instant classic for fans of the band and listeners new and old, this single and it’s accompanying music video is ferocious in a subtle way; a benevolent dreamscape meets rock and roll soundscape kind of way.

As a whole, if you’re listening to the song for the very first time, you’re bound to hear synthesizers twinkling over one another and guitars distorting with purpose. You won’t be able to help but note throughout that there is a sense of warmth in the song, more so than an experimental pop rock song like such would be expected to convey. It is on the second listen, third, or maybe fourth, that goosebumps will rise and your face will flush. This physical reaction is not in fear or embarrassment; it is in anticipation and excitement.

There is a visceral, whole body experience that comes from “Sandbow Tandem” and that stems from adrenaline. Ethereal and serene one the surface, the more you listen to this new single, the more energy you’ll pick up on, sonically, lyrically, and visually. Children Having Children tell the tale of the whirlwind romances of youth on this song. The beauty of it is fleeting more often than not, but its impact lasts a lifetime. No matter how ingrained in young love you are and no matter how far down the line of life it is you will forever be able to remember the life lessons it taught you.

It’s hard to say that rock music can be naive in any sense, but through intricately crafted psychedelica and memorable, fuzzy harmonies of synths, guitars, and vocal tones, this band was able to emulate the naivety that can rarely be replicated in song. Cosmic and atomic creators, Children Having Children were able to shift our idea of indie rockers and prove them to be music theorists, to a degree, but more importantly, storytellers. It is the musicality of this brand new single that makes it what it is; that tells the story that we can see ourselves in and reflect on warmly, as stated before. “Sandbox Tandem” is sunshine and yearning set to soft, experimental rock music that will make listeners get up and move in the same way that it will move them emotionally.

“SANDBOX TANDEM” IS OUT NOW – PURCHASE IT HERE! TO KEEP UP WITH ALL THINGS CHILDREN HAVING CHILDREN,CHECK OUT THEIR LINKTREE!