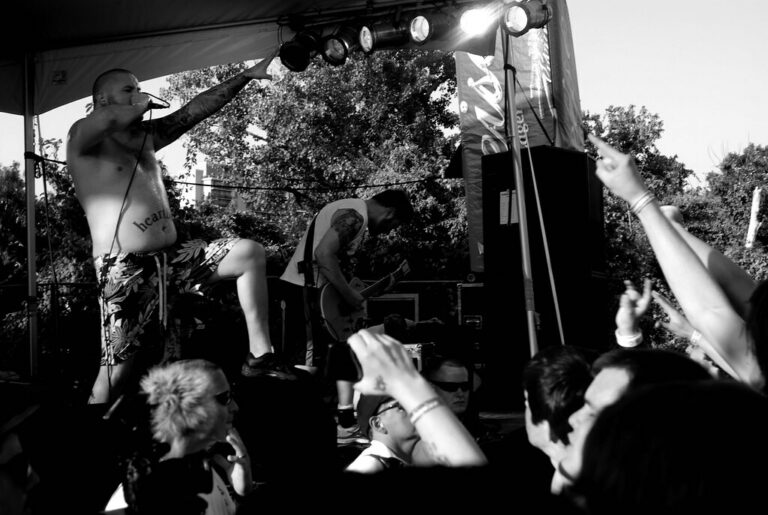 "Trevor Strnad and Brian Eschbach" by Jeremy Perez Photos is licensed under CC BY-SA 2.0. To view a copy of this license, visit https://creativecommons.org/licenses/by-sa/2.0/?ref=openverse.

I’m struggling to find words, but I will do my best. For Trevor.

I sat in shock when I saw the Black Dahlia Murder posted on Instagram that Trevor Scott Strnad passed away at the age of 41. It was only three minutes since the news was posted when I saw it and I could not believe it. Refreshing my feed, the news started to roll in. I revisited the post and saw the band edited to caption. It included the number for the National Suicide Prevention Lifeline. My heart broke further. While there is no official cause yet, that is never a good indication.

I knew Strnad in the way most fans know him; in photos, interviews, and through his music. He existed as a colossal name in the world of death metal, but he was more than just a good death metal vocalist for over two decades.

The frontman for Black Dahlia Murder was known to be an encyclopedia of music knowledge. Listening to him speak, you could hear his expertise as he discussed songwriting techniques and where he learned them from. As a true fan of music, he was always putting people onto the next big thing. He would provide weekly playlists with bands you would have never known about if not for him and his keen ear. If a band was given the Strnad seal of approval, they made it to the big-time because his opinion mattered to metalheads.

TSS was also dedicated to his fans. An old friend of mine told me a story about a time when he saw Black Dahlia years ago and bought a VIP pass that included a meet-and-greet opportunity. Because of supposed error, there were not enough VIP passes, so my friend was kind of shut out at the last moment, sitcom style. The tour manager saw that he was on the list, told him to wait a moment, and conferred with the band. The tour manager returned with Trevor and lead guitarist Brandon Ellis. They apologized for the miscommunication, offered him a shirt, a guitar pick, and a drumstick, before they both hugged him and signed his record while they chatted. Stories like this are common, as he was regarded as one of the nicest guys in metal.

I had the pleasure of seeing him onstage with the Black Dahlia Murder back in October. They had been a bucket list band for years. They were my first concert back at Starland Ballroom – a second home to me – after two years of living in a pandemic, so it felt like the obvious choice. They put on an incredible show with four other bands, and Trevor enjoyed the limelight. Seeing his enjoyment in performing made me emotional then, and even more so now.

Trevor was also an inspiration because of how he looked. To see a true rockstar wearing big poindexter glasses command the stage over a bunch of likely drunk metalheads shows anyone that, they too, can be standing on a stage before thousands every night. It was hard to ignore the bodyshaming he got at one point, as well, because he wasn’t the slimmest frontman. As he approached his 40s, though, he had expressed that he had a newfound approach to stop the hecklers: quit drinking and be more physically fit to gear up for tour. He was “going in screaming” with his approach to his forties. He has been an outspoken advocate for mental health for quite some time, as well.

Despite being a death metal legend with electric stage presence, he was a just musician who adored his fans and an inspiration to the underdogs. He was human. With stress. And bills. And feelings. Just like you and me.

To Trevor Scott Strnad, thank you for the inspiration, the wisdom, and being the kindhearted soul that metal needed. Rest in power.