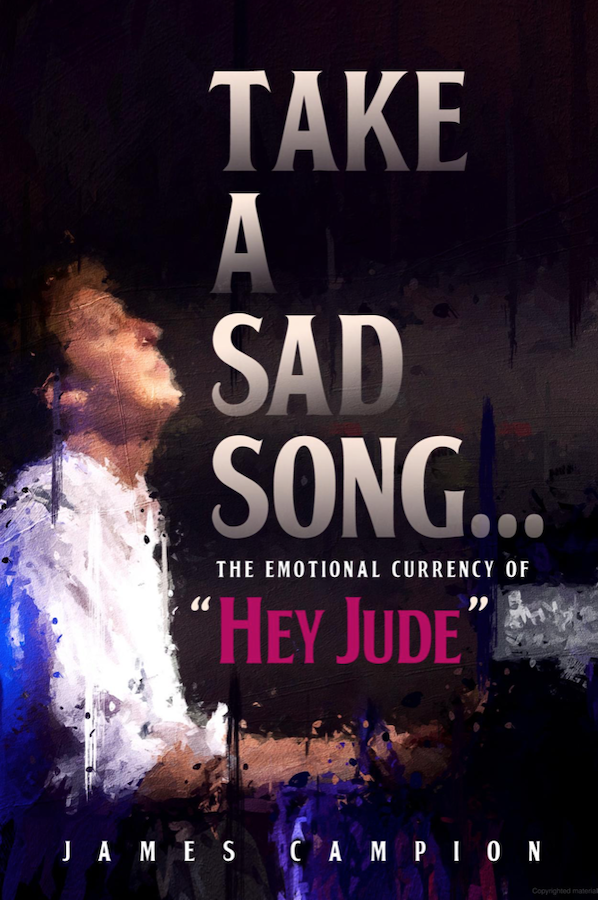 How Longtime Columnist James Campion Links Us to ‘Hey Jude’

(In actuality, everyone has some ties to the extraordinary song – you just have to listen for them.)

One of the first things I asked our writer and my friend James Campion about his new book was, “How does one go about writing a book on a song without talking to the songwriter himself, given he’s alive?” You might want to ask him the same thing as it is a fair question to ask. The thing is, as I’ve come to learn through reading the book multiple times and having an in-depth discussion about it with the author, the story being told is less about the song and more about thee song. The power ballad, in all its pop rock glory, was a trailblazing moment as far as feelings-based tunes go. Sure, the world had a variety of Carole King tracks to feel moony over and more than a handful of protest songs to amp up angst in 1968, but “Hey Jude,” the musical number in question, was almost a first of its kind. Rarely was vulnerability, hope, and emotion put on display in such an anthemic fashion. Even fans of the biggest band in the world, their own record label, and adoring record stations were taken aback by the equally inspiring and soul crushing tune penned by McCartney for a young Julian Lennon being released so blatantly – and so long. The length of the track falls right in line with its memorability, but most importantly, it’s impact.

Take A Sad Song might not be the most riveting, edge-of-your-seat page turner a lá Nikki Sixx’s Heroin Diaries or even the illustrious Harry Potter series, but it is an effortless, open-minded read packaged beautifully and concisely. It urges you to open your mind, heart, and ears to a song you’d be damned to not know half the words of. (That is, if “na” counts as a word to you.)

If you’ve ever felt your heart and soul physically warmed by the sentiment of “Hey Jude,” or any song, at that, this is the book for you. Beatles lovers will feel seen, Beatles haters will be enlightened, and the most casual of Beatles fans will find a community, because the author spends many of the pages chatting candidly with a large variety of people with an even larger variety of perspectives. Everything from the cadence of the track to its music video are broken down in an appropriate, supportive way by Campion and friends. Backbeat Books did a stellar job at allowing him, as an author, to find that balance of creative and personal as well as informative and organized.

The book is equal parts didactic and romantic. It evaluates and educates on the theory behind the song’s musicality, the time period it’s from and those that came after, and perspectives touching on it all. As well, there is a necessary undertone of romanticizing the relationships of and between The Beatles and each member’s respective personal lives. Even a lifelong Beatles fan and dedicated Macca lover like myself was urged to approach the song, and every choral moment of singing along to it, with new light, warmer understanding. And, if you read Reality Check, you know that Campion is writer who has values at the forefront of his mind, but works to play both sides of the coin through personal anecdotes and headline-grabbing factoids. Researching and writing about “Hey Jude” doesn’t strip us of that voice we know well, but rather amplifies it on a level that is softer, lighter on the cynicism, and filled out by fellow critics, musicians, professors, and – simply put – fans.

The book has been out one week and if you have yet to order your copy (signed or otherwise), you can do so now directly from James Campion or through a variety of booksellers – yes, including Amazon. Learn more about the musical nuances and Fab Four-laden introspection below and on Campion’s website, where excerpts of our in-depth conversation about Take A Sad Song can be found.