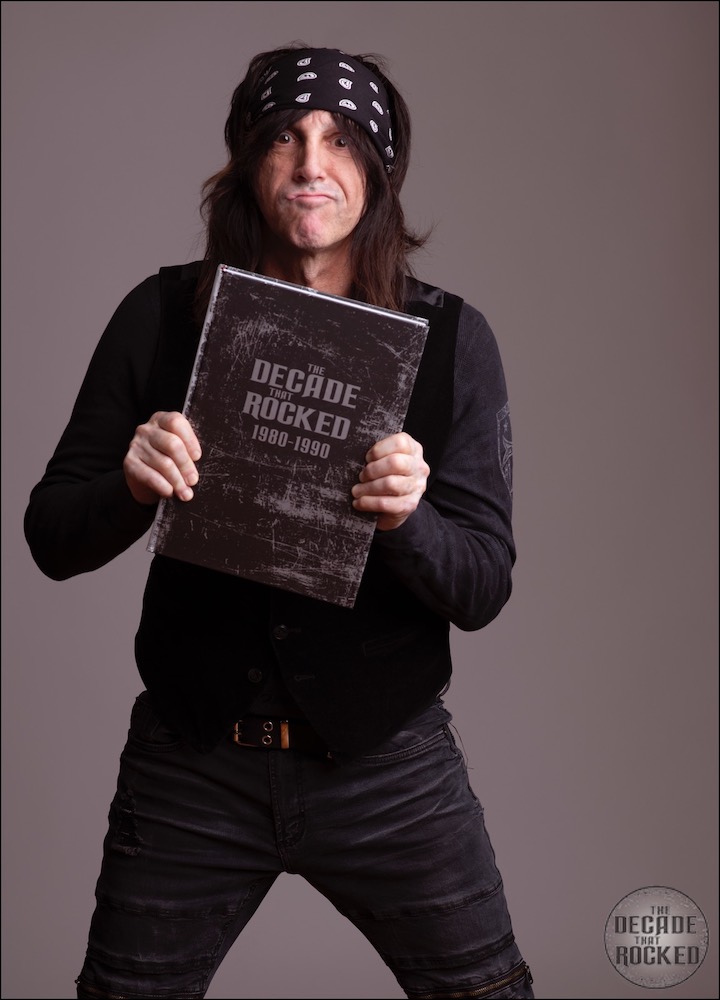 It’s time to mark your calendars, rock and rollers of the past, present, and future – Weissguy’s latest event is just a few days away! The photographer and historian of all things chart-toppers and big hair is a kindred spirit and a friend of ours worth praising. Even if we didn’t know him personally, we’d know his personality and his heart. How? Because it’s evident in every photo he’s taken and every story he’s ever told. You can experience that yourself, up close and personal, on June 18. The New Jersey native has an event that is slated to be just as personable and artistic as he is.

The Decade That Rocked is Weiss’ five-star book (that took five years to compile and release, releasing three months into the pandemic in June 2020… but that’s its own story). Some of this book’s most notable images are to be on display in Point Pleasant on Saturday as part of the Jim Inzero Gallery. The exhibit is from 2:00 p.m. to 4:00 p.m. EST with live music from Kenny Dubman soundtracking the afternoon of reminiscing, storytelling, and visualizing in awe. The Weissguy himself will be in attendance to put his images and memories on display, as well as sign copies of his acclaimed release.

Nikki Sixx (another legendary friend of The Aquarian) is one of the many beloved fixtures in entertainment who has praised Mark Weiss, and not only for his keen eye and exhilarating shots, but for being just as much of a rockstar as the rest of them. “The eighties were an exciting time. They were an important time – a time to be celebrated,” he has said. “In the eighties, we had things like MTV and rock radio that were really flourishing. Whatever we did, Mark was the perfect guy to have hanging around with us and be a fly on the wall. He was one of the boys. That’s why he did so well with so many artists. We didn’t feel like he was a company man or a corporate guy; he was someone that loved music and loved the lifestyle. He was one of us. He’s still there with us, as he should be.”

Mark Weiss lived the rockstar life closely and intimately, he breathed the same air as some of your favorite bands of the seventies and eighties – making friends along the way, and captured it all for the world to see either firsthand or behind-the-scenes. HIs images are stories you may not know, but are sure to love. He is an artist true to his word, a challenging creative behind the lens, and a dedicated Jersey boy. Learn more about this weekend’s book signing and photography exhibit here, and if you’re not down the shore, make sure to pick up a copy of The Decade That Rocked at this link.