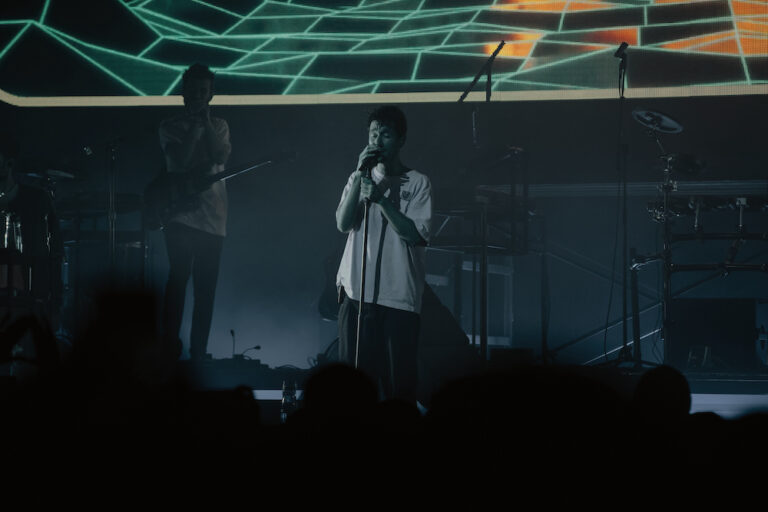 All Bastille, all the time… even if you don’t know it.

It has been 20 days since Bastille lit up Terminal 5 in New York City on June 7; although, ironically it was quite the visually dim show. (That’s not the say we haven’t spent the last three or so weeks thinking about it and replaying every performance in our heads the second there’s a lull in the music journalism world.) The band’s lighting, and overall production, bounces around minimally, remains somber and static, and offers up an ambiance that can only be described as “moody.” (This is a versatile adjective, but one that our photographer for the night, Nicole Conflenti, was keen on using to describe the concert and her subsequent shots.) However, Bastille is a band that does not need an elaborate stage to showcase their music, their sound, and each and every harmony that each and every lyric is grounded in. Fans near and far clamor to experience the critically-acclaimed band live, and as they proved in the Big Apple, the experience has layers to it – each one more lovely and stimulating (audibly and visually) than the next.