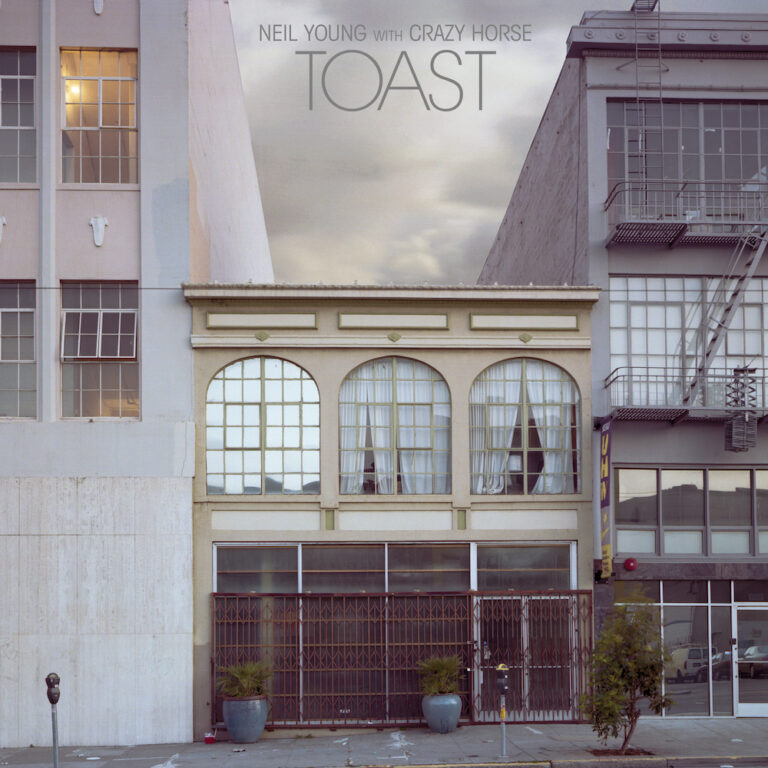 The Wait Is Over for Neil Young & Crazy Horse

If you’ve ever wondered what that fuzzy feeling in your heart and soul sounds like, it’s this headstrong, long-awaited, miniature Neil Young record.

There’s been buzz about TOAST for well over a decade, and even if you weren’t fully immersed in the hearsay over the years, just know that there is a reason the latest Neil Young press release labeled this as the “fabled 2001 album.” With so much build up to this record and it’s seven songs, we knew we had to do something a bit different to review it (especially the three that were never-before-heard). Therefore, we spent the seven days after the record’s global release listening to a song a day in order to highlight each track from the incomparable Neil Young collection and his work alongside Crazy Horse.

Melodies are layered on top of one another to kick off this album. The only song with a co-writer, Frank Sampedro, this sets the tone, but it is the give-and-take of the musicality that gives the song it’s atmospheric glow. Melodies take over and the back-and-forth between Young and Crazy Horse is nothing short of sonically mesmerizing. A track that holds its own in every way, “Quit” is the first song that tells the audience from the get-go that there was purpose in holding onto these tracks and demos for 20 years; the uniquely heart-rending, borderline nervous, but outwardly receptive perspective of this LP needed to be polished. And if not polished (which much of it actually is), then they deserved to be, at the very least, slept on. Why? Because what the world is hearing now can be accepted – both Young and the world at large are in a horizon-broadened place where haziness is just as beloved as consistency… and there’s a bit of both on this album, even just in the rhythm section alone!

“Standing In The Light of Love”

A masterful take on a song rooted in it’s jam-ability and worth hearing at least three times in full to make a fair judgement, “Standing In The Light of Love” is simple to casually listen to, but ambitious to delve into. Outside of the following lyric that we can’t help but be enamored with (now more than ever), we can and will say that this is a song that fills a room – and you can tell that it did exactly that when done up in the studio circa ’01. “All we need is a little love to make a handout worth a lot… doesn’t matter where you are or where you’re not.”

By this point in the album, you are sure to feel the immense vulnerability and the true personal aspects of these seven tracks – potentially understanding as to why they were’t imminently ready to be heard, performed, and released. Moony and moody, it’s predominantly bright in terms of the clarity the instrumentation and production have for a formerly scrapped piece of music. The edginess of TOAST comes from the depth that took two decades to arrive.

Possibly the slickest song we took note of, “Timberline” is a guitar-driven narrative. The story is far from pretty, but the soundtrack to it…. Well, it’s almost too smooth. You get hard rock backbeats and a down-and-out protagonist, but a fun and overarching radio-ready vibe. The cadence of this track is nothing out-of-the-ordinary for a group like Crazy Horse, but it could have been. Like the 2002 album many of these tracks became (Are You Passionate?), there could be more harmony-laden angst, but alas the band opted for a language heavy moment where we can once again relate to the tale of job loss and questioning rather than let the beat of the song be what takes us away. All in all, “Timberline” holds up as an expressive, dedicated tune.

“But I’m just a drifting soul with nothing much to say  – strong in the head and bound to stay that way. I got almost everything except that little key to the gateway of love.” The passionate lyrics are all original Young, but the 10 minutes of musicianship is very Steve Hackett. Mid-nineties Neil Young meets mid-seventies Genesis with a modern solo flair. The influences to make such a song are surely immense and needs more than a handful of listens to find them all – they span genres, cultures, cities, and sounds to get to this particular style.

For a gritty and raw performance in this post-divorce era of Young, the vocal performance here is almost serene – even and balanced and in the same vein as “Sweet Caroline.” It’s a record that builds off of its desperation, insecurity, and yearning – where is that in such a mild-tempered arraignment? Like opener “Quit,” the song teeters on the edge of being fresh and exploratory, too balanced and not broad enough for the sake of the topic. Neil Young and Crazy Horse are talented beyond belief and professional collaborators – a small risk here would have made an already compelling folk rock song a classic. (It may just be a gentle, rocking favorite, regardless, though.)

Laying back on a leather couch, eyes closed, brain tinkering with the seriousness and richness that encapsulate this track, there are few ways to actually absorb this groovy, almost jazz-y 13-minute monologue. It closes the song, and in turn the album, with the final lyric: “There ain’t no way I’m gonna let the good times go.” Musically and lyrically, this final number is cathartic, peeling back layers of feelings that are intertwined with precisely fuzzy riffs. All in all, listening to TOAST after all these years is much like walking on a tightrope – one made of melodic tension – powerfully evoking emotion in somehow the most understated of ways.