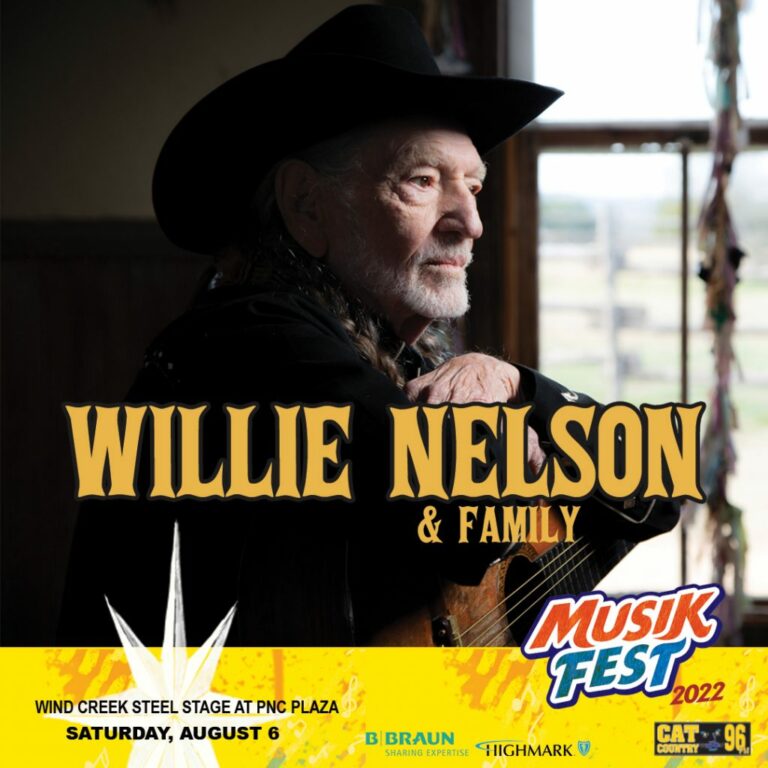 It’s that time of the year again. The 39th Annual Musikfest happens August 5-14 in Bethlehem, Pennsylvania. America’s largest free music festival once again will feature over 500 acts on 16 stages over 10 days with great food from around the world and staggered performances so one can pretty much see every imaginable genre of music.

The heart and soul of this festival, though, are the performances of the unticketed acts where one can gorge on free shows all day and all night for 10 straight days. Booker Patrick Brogan has a penchant for New Orleans action, worldbeat, alt-rock, Americana, funk, and jazz – and there’s plenty of each. “There’s no one criteria for the booking,” he tells The Aquarian.

“Obviously, we’re looking for what constitutes a great live experience.  Radio or chart activity helps but more important to us is that thrill of discovery. There’s magic when a band connects and the moment is right for the audience.”

Brogan also books The MusikFest Café all year round and this reporter can attest to his chops as a talent-finder. I first discovered Trombone Shorty at MusikFest and it was a night I will long remember.

With that in mind, who will be the artists to see for free that everyone will be talking about when it’s all over?

Shamarr Allen comes straight outa the lower ninth ward of New Orleans and fuses funk, jazz, hip-hop, blues, and even some old-school country-folk into his grab-bag of tricks. He blows a mean trumpet, sings up a storm, and is currently one of the go-to guys of his generation at fests and venues around the world. That Crescent City vibe – like sashaying down the French Quarter’s Rampart Street doing the second line with an umbrella in your hand – will come alive.

JJ Grey & Mofro is set to funk it up with his bare-bones rock’n’roll. His Ol’ Glory album is a gem and the Jacksonville, Florida native somehow manages to incorporate influences as far-flung as Otis Redding, Run DMC, and George Clinton into a Southern rock jam-band aesthetic.

Shovels & Rope – Michael Trent and Cary Ann Hearst – are a Charleston, South Carolina husband and wife team with four albums under their belt. They are the definition of state-of-the-art Americana incorporating country, folk, rock, and blues into their eclectic mix. Their voices intertwine together to create harmonies fit to swoon over and, yes, they can also kick out the jams.

RDGLDGRN (pronounced red-gold-green), as produced by Dave Grohl, is a must-hear… and so are their collaborations with Pharrell Williams (“Do It The Most”) and Eminem & Method Man (“Caterpillar”). They’re from the DC area and can only be described as indie rock meets hip-hop informed by DC’s go-go scene. You wouldn’t believe the sound that just a rapper, DJ, and drummer can make.

For more information on the other hundreds of artists, go to Free — Musikfest.

Willie Nelson is staring 90 right in the face. Unlike other artists who have retired by that age, Willie is a freak of nature. As a certifiable American Treasure, and the greatest country-music-outlaw of them all, he still plays gypsy guitar like Django Reinhardt and when he sings, he lags just behind the beat like a jazz singer. He’s in the conversation for greatest living American composer and, although he might have lost a step or two, here’s hoping he’ll do his Snoop Dogg collaboration (“Roll Me Up And Smoke Me When I Die”).