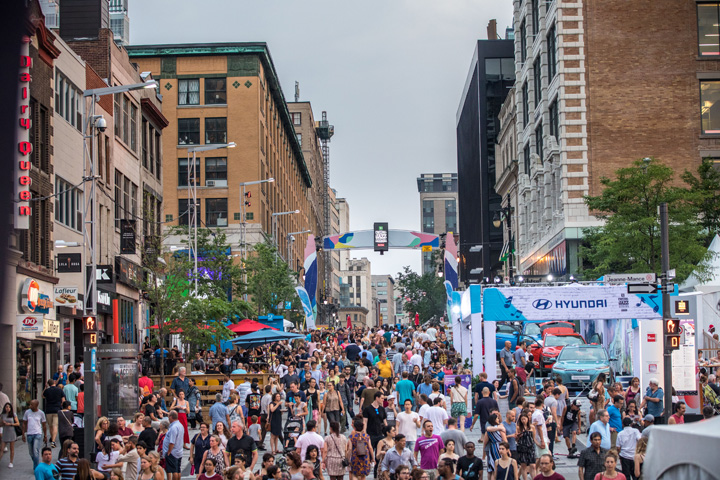 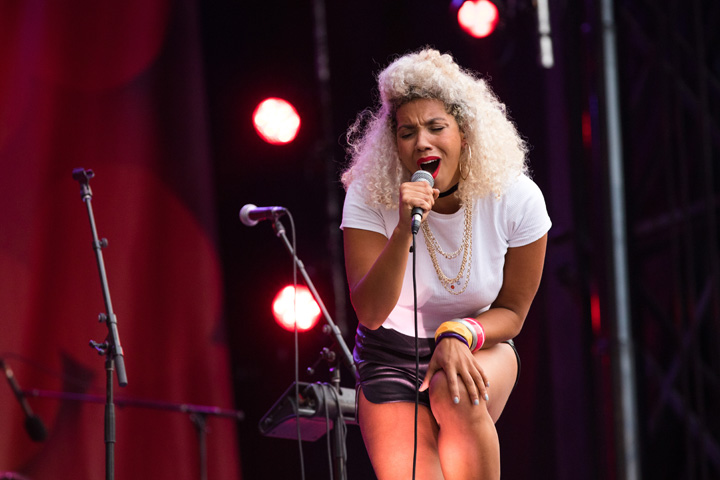 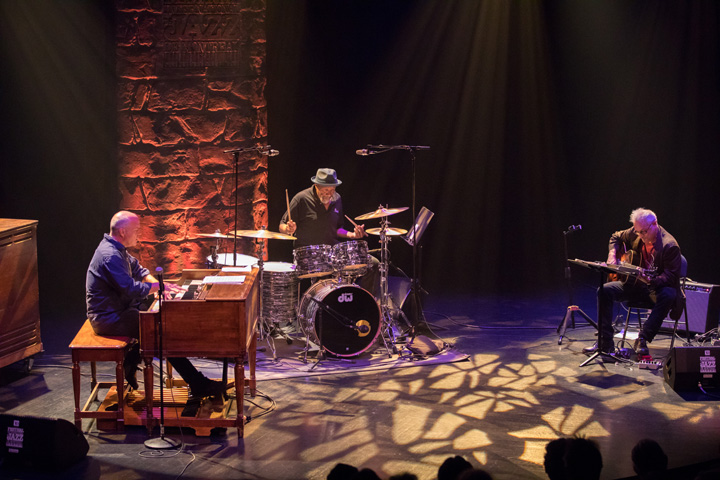 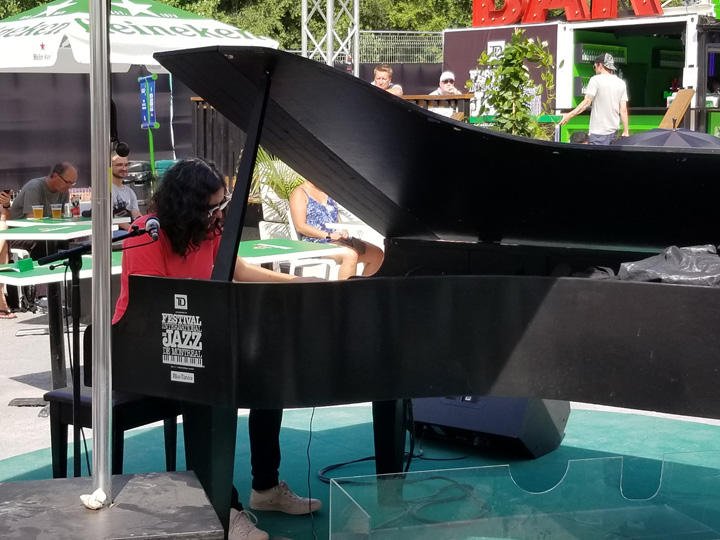 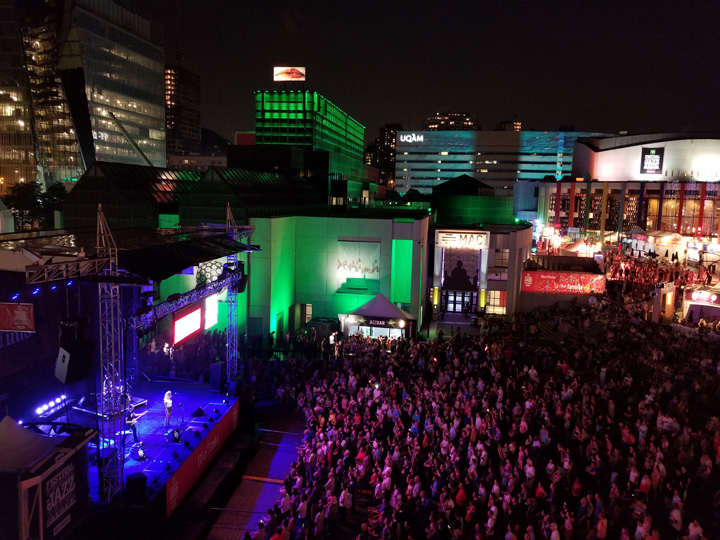 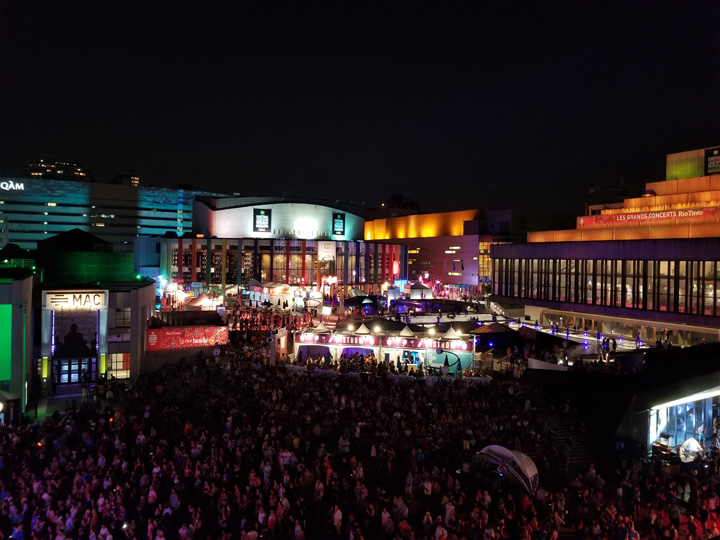 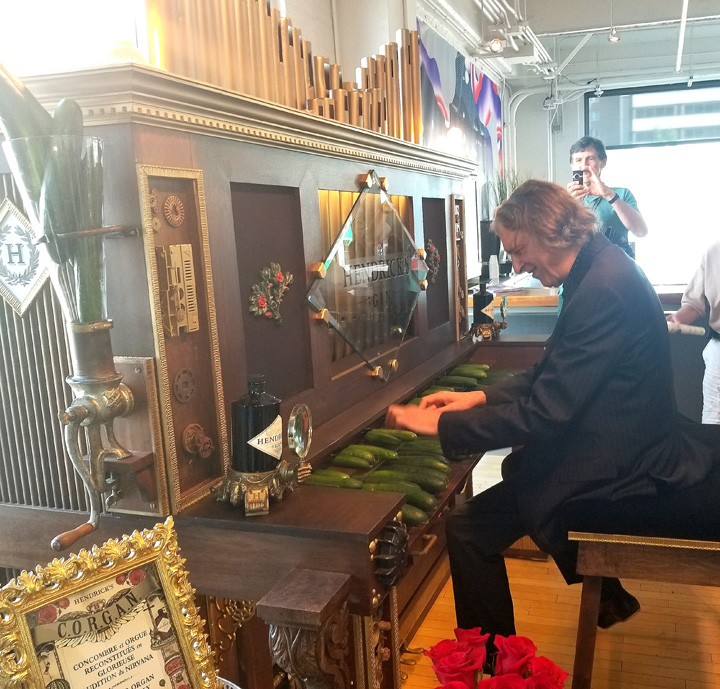 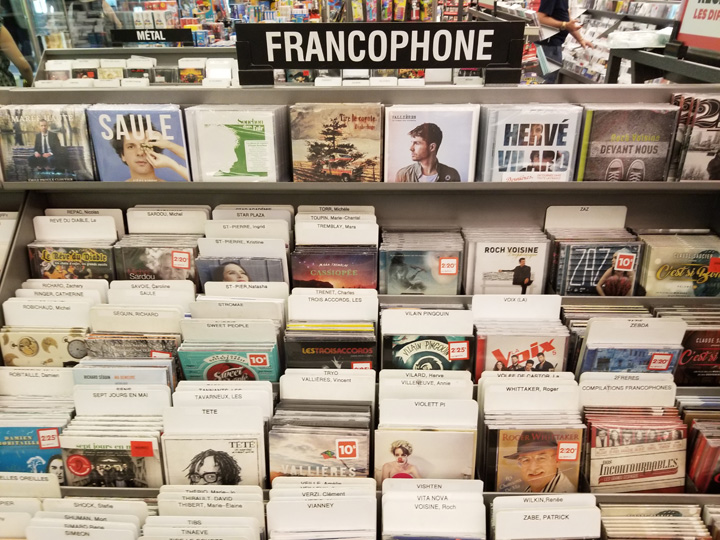 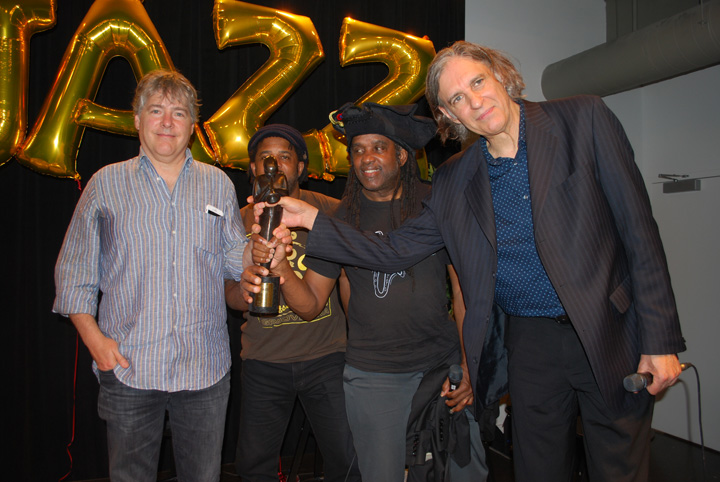 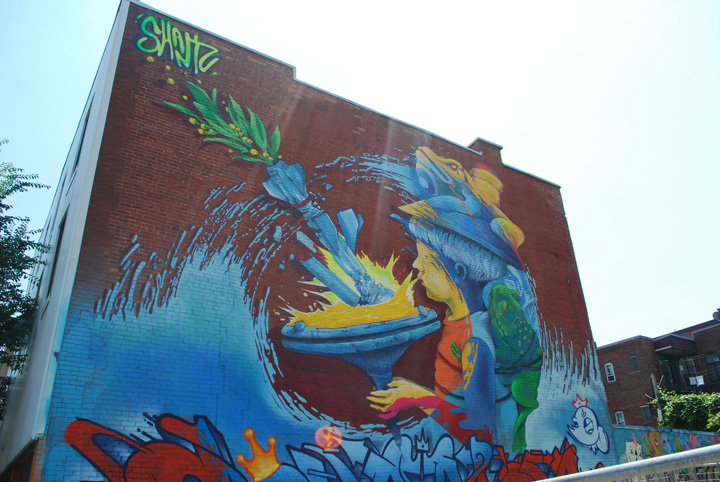 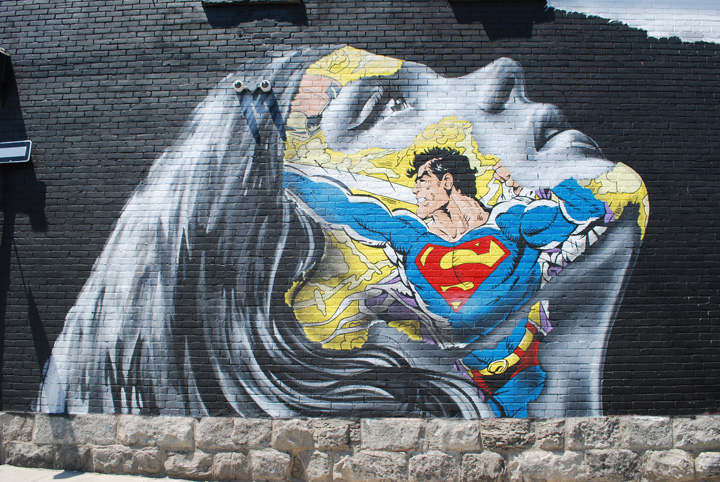 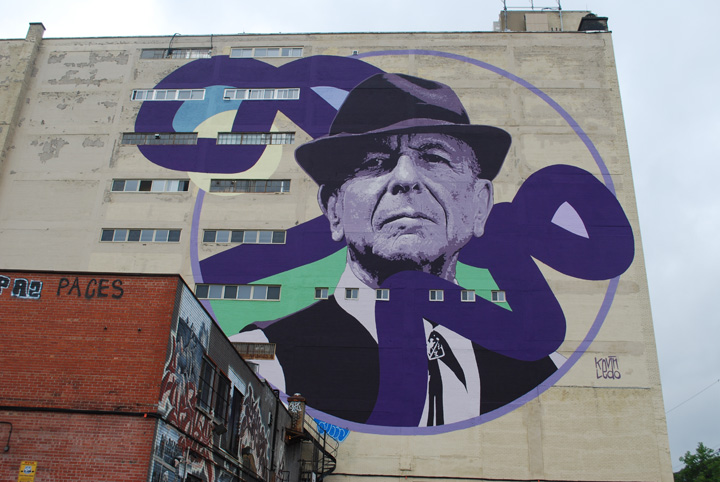 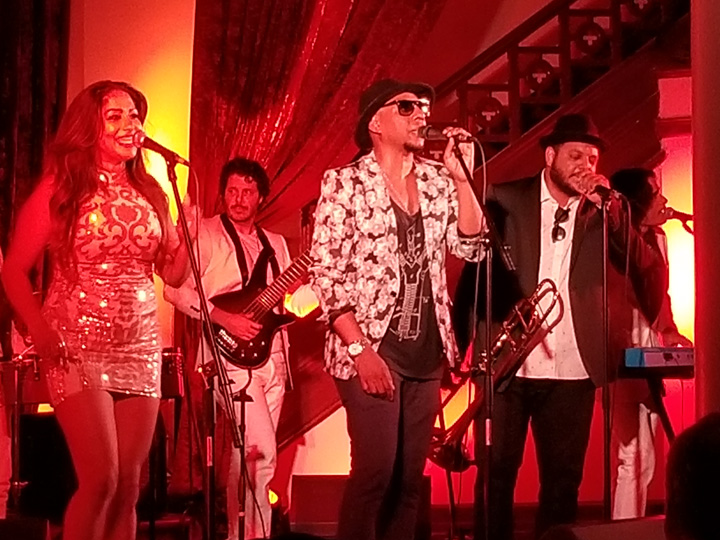 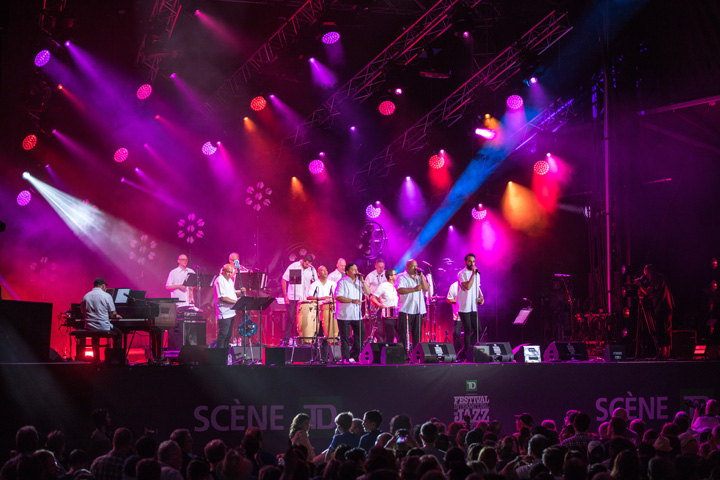 If you’re a music lover whose tastes span jazz, blues, hip-hop, rock, folk, world music, and beyond, you should attend Montreal Jazz Fest at least once in your life. It’s an epic, 10-day event that lures in two million people, features dozens of artists both indoors and outdoors, and a massive throng that is not overly inebriated or unruly. It mainly takes place in a part of the city called the Quartier des Spectacles which was designed to host many live events. In fact, Montreal has a never-ending parade of festivals and public events, around 100 per year.

For the second year in a row, I attended the first weekend (June 29 – July 1) and witnessed shows by a great selection of artists. For the paid indoor shows, I caught the John Medeski & Marc Ribot Trio, Marc Ribot solo, Béla Fleck and the Flecktones, Lucieros’ jazz/classical reinterpretation of Dark Side Of The Moon, and the Yordan Martinez and the Cuban Martinez Show tribute to the Buena Vista Social Club. In particular, Ribot’s incendiary solo preview of his forthcoming album, Songs Of Resistance, was cathartic for many who are distressed at the state of America, and Lucieros inventively reworked the Pink Floyd album in a mostly instrumental form with some vocals, a majority of them wordless. The other three shows featured some great displays of instrumental prowess. (Victor Wooten is a killer bassist. I also lucked out in attending a press conference where Béla Fleck and the Flecktones received the Miles Davis Award, the first time a group at the festival received that honor.)

The venues for my shows included a church dining hall, a converted church performance space, and larger concert halls, and they were all within walking distance of each other. I give it to those city planners — they knew what they were doing. What is great about the outdoor stages is that you can pass by and catch part of an act or get sucked into a full show. For example, I heard some of the passionate sets from Canadian chanteuse Elise LeGrow, electro R&B artist ECHLO, and the Spanish Harlem Orchestra. Then there was the mysterious, unidentified pianist playing classical music near one of the smaller stages who drew my attention. The outdoor shows are free, and the public space for the headlining TD Stage easily accommodates several thousand people. It’s a world of musical discovery.

On top of the sounds, there is plenty of sightseeing in town. Earlier in June is the annual MURAL festival, thus each year new murals are painted on various buildings and in alleys in the city. (There are now two Leonard Cohen murals up.) Beyond those colorful attractions, you can indulge in people watching, dive into the delicious food, and check out the rock and metal bars, underground malls, and various stores. You won’t be able to do it all, but you’ll have fun trying. I did.