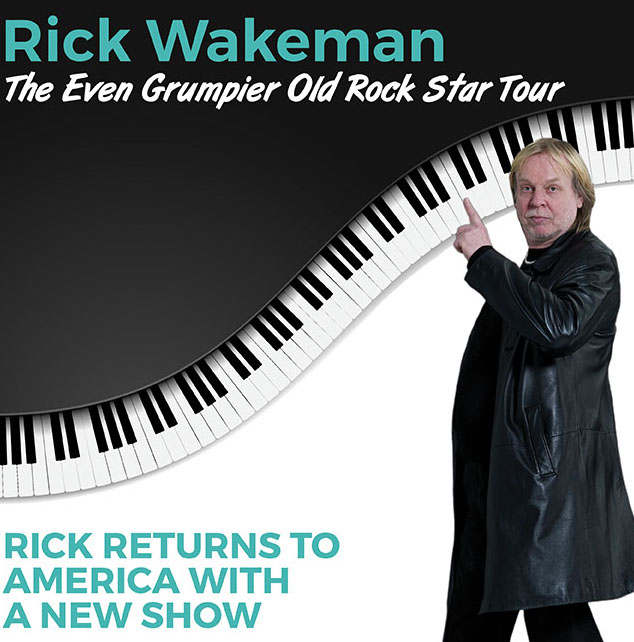 SPOTLIGHT: Rick Wakeman To Bring Music (and Grumpiness) Back On Tour

What’s not to love about Rick Wakeman? He’s a multi-hypenate artist whose career took off the very same year The Aquarian did – 52 years ago in 1969. And, just like us, he has only gotten better with age! The beloved musician is just as culturally savvy as he is musically in-tune. With more talent, jokes, stories, and fun up his sleeve than before, it only makes sense that he takes his ever-entertaining show on the road again.

In 2019, the UK-born performer sold out his highly praised The Grumpy Old Rock Star Tour. Now, after 18 months of lockdown overseas, a global pandemic, and more social tension than ever, the performer has even more material to bring to life on stage. Therefore, he’s gearing up to take on The Even Grumpier Old Rock Star Tour!

This run of U.S. dates tackles 24 cities, beginning in New Hampshire, concluding in Florida, and hitting not one, not two, but three New Jersey venues along the way. That’s right, Montclair’s Wellmont Theatre, Red Bank’s Count Basie Center for the Arts, and Collingswood’s Scottish Rite Auditorium will all be graced with the irreverent Rock and Roll Hall of Famer from October 27-29 respectively.

Wakeman, a chart-topping artist with tens of millions of records sold and practically even more laugh-out-loud anecdotes in his back pocket, is more than ready to visit the states, put his always unique spin on classic hit songs, and share a few moments with his now generations of fans.

From working with the wonderful spectacle that was the late David Bowie to being part of prog. rock’s most notable band, Yes, Rick Wakeman has had quite the career. He’s still entitled to be a little bit grumpy, though, even if expressed in between the virtuosic piano playing that made him who he is.

For tickets and information about Rick Wakeman’s The Even Grumpier Old Rock Star Tour, visit rwcc.com.