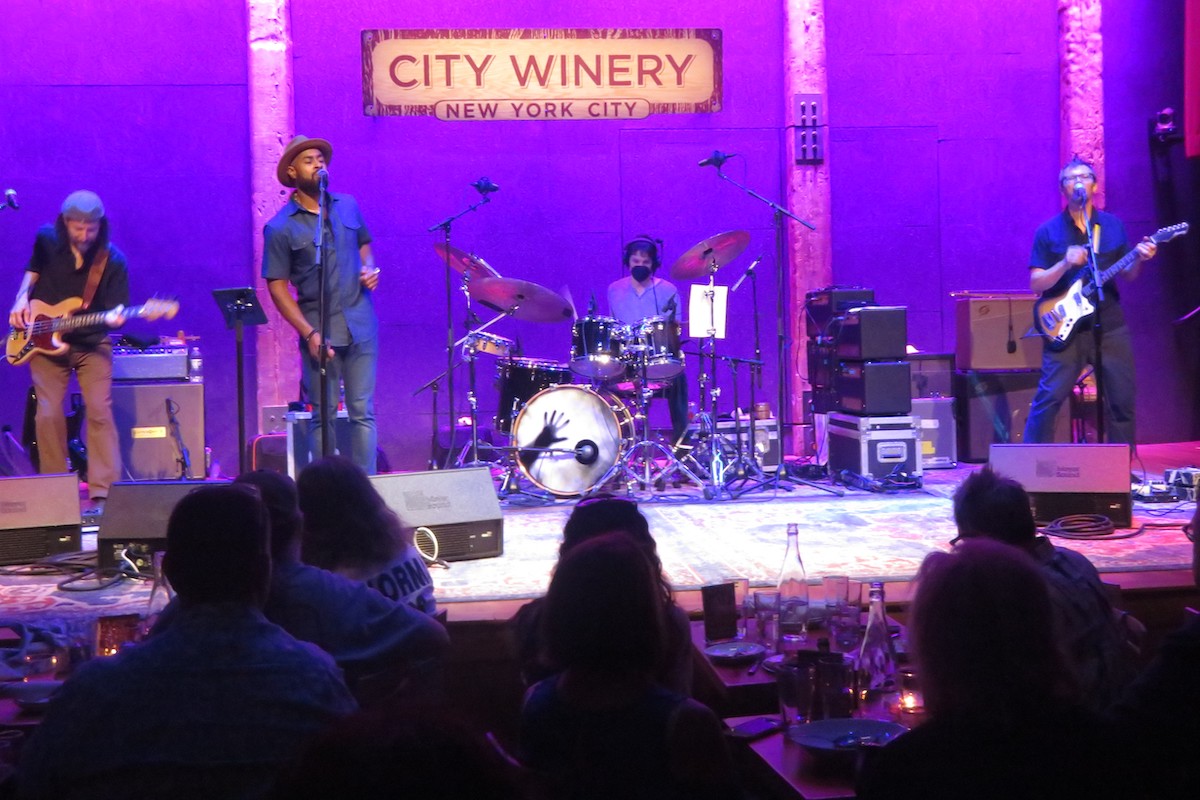 North Mississippi Allstars have described their music as “world boogie.” If that term means anything to anyone, then “world boogie” rocked the lower Hudson River when the blues-rocking quartet headlined two shows in one night at City Winery NYC.

Raised together in northwestern Mississippi, 25 miles south of Memphis, Tennessee, two brothers have been making music together longer than they can remember. Guitarist Luther Dickinson and drummer Cody Dickinson formed North Mississippi Allstars in 1996 with a unique intention. Open to a shifting of its cast of local collaborators, North Mississippi Allstars was to preserve and expand the backwoods music of their rural community and electrify it for world consumption.

Starting with a debut album in 2000, North Mississippi Allstars launched its world-wide reach. Acclaim came quickly, with the first album receiving a Grammy Award nomination. Later albums also were nominated for Grammys and other awards. Over two decades, the band has recorded 12 studio albums, seven live albums and four EPs. If the band is not reaching the whole world, it is not for lack of output.

The plethora of live recordings is a result of no two NMA performances being alike. At City Winery NYC, the band (the Dickinsons, bassist Jesse Williams and vocalist Lamar Williams Jr.) jammed loosely on song after song. Even when it seemed like a song was building to a close, Luther frequently burst into another extended solo.

The band’s performance was based in tradition yet was not entirely locked into it. Its point of origin was in vintage southern blues, but it jerked with a more modern funk at times and other passages leaned into late 20th century southern rock. Soulful vocals and dynamic rhythm section augmented the compositions, yet the centerpiece seldom moved beyond the dazzling guitar leads. The music was not pushing boundaries, but instead injected soaring guitar licks into the rhythm section’s repetitive riffs and grooves.

In the end, the shining quality of North Mississippi Allstars’ performance was its bona fides. The band succeeded in its mission. The band jammed and rocked, bringing its rural blues to the big city, “world boogie” or not.