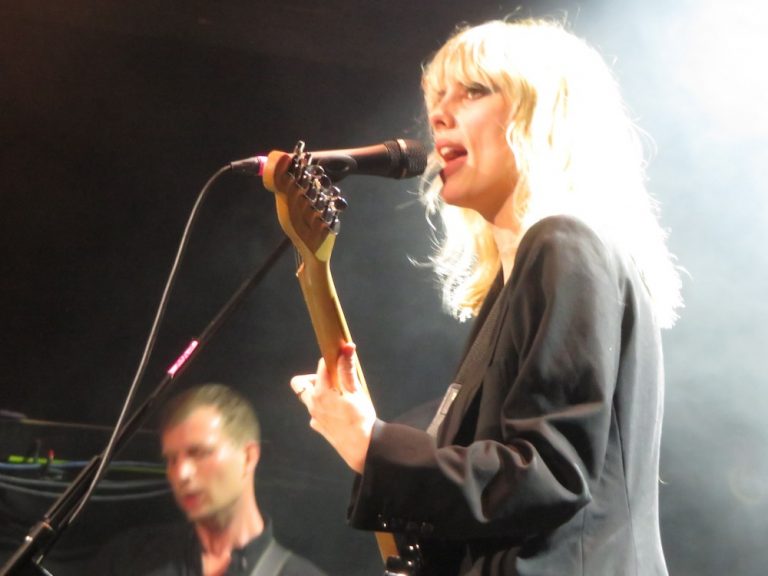 While serving as Leader of the Labour Party and Leader of the Opposition in 2017, British politician Jeremy Corbyn encouraged his supporters via social media to buy Wolf Alice’s Visions of a Life album. Corbyn asked his supporters to help send the album to number one in the UK Albums Chart. Catching the attention of a population who normally might never have heard of Wolf Alice, this unusual promotion was a favor returned for lead singer Ellie Rowsell’s endorsement of the Labour Party during the 2017 general elections.

Wolf Alice formed initially 2010 as an acoustic pop/folk duo and soon expanded into an electric rock quartet with the addition of a rhythm section. That original rhythm section left in 2012. Since then, the band has consisted of vocalist/guitarist Ellie Rowsell, guitarist Joff Oddie, bassist Theo Ellis, and drummer Joel Amey.

Back home in London, England, Wolf Alice has enjoyed substantial recognition and commercial play for nearly a decade. In 2013, the band was the most blogged-about artist by BBC Radio 6 Music. In 2014, Wolf Alice won “Best Breakthrough Artist” at the UK Festival Awards. After a series of singles and EPs, Wolf Alice released its debut album in 2015. Filmmaker Michael Winterbottom followed Wolf Alice as the band toured in 2015 and released a docudrama film, On the Road, in 2016. Wolf Alice’s second album, Visions of a Life, won the United Kingdom’s prestigious Mercury Prize in 2018.

Meanwhile, all remained relatively quiet for Wolf Alice in the Americas. The indie and alt-rocking quartet is gaining traction now in the United States since the release of its third album, Blue Weekend, on June 4. Wolf Alice’s first tour in three years is showing many advance sell-outs, including both shows at the Bowery Ballroom.

Within seconds, the fans recognized the opening song, “Smile,” and jumped to the rhythm of the song’s explosive firepower, singing along with Rowsell. Not enough can be said about Rowsell’s magnetic presence and enchanting charisma on stage. Whether rocking to songs like “You’re a Germ” or crooning to a series of gentler songs midway into the set, Rowsell’s emotive singing and confident femininity gave sparkling life to the band’s catalogue. Oddie and Ellis proved to be animated musicians and fed into the audience’s enthusiasm.

Of the 18 songs performed, half were from the most recent album. Ultimately, the live set showed how Wolf Alice’s varied music could remain in the pop genre while flirting with garage rock, grunge and hard rock on the aggressive end and also dream pop, electronica and shoegaze on the more passive end. Was Wolf Alice stretching in too many directions? The band did not venture long into these fringe genres, so the cohesion to the set was its pop backbone. Audience members who were drawn to the concert because of Wolf Alice’s excursions into these other genres might not have embraced the total performance because of its many mood fluctuations. For fans of pop rock seeking an expansive sound, however, Wolf Alice’s performance was perfect.