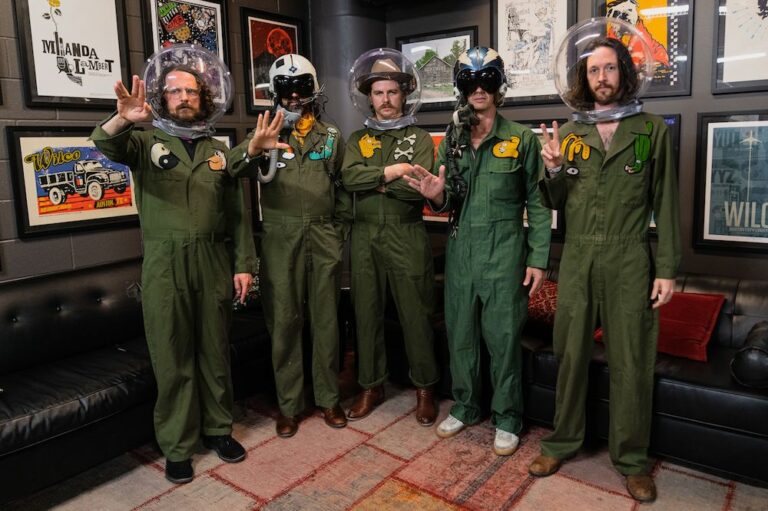 PREMIERE: Driving Down the Freeway Looking for Hope on the New Band of Heathens Tune

Warning: the new folk rocker “L.A. Freeway,” featuring Todd Snider, may cause goosebumps as it saunters and shimmers acoustically.

It takes courage to put new music out into the world. Any kind of art is a reflection of yourself, your bandmates, and the world at large – even if not immediately obvious. However, when it comes to The Band of Heathens, they are steadfast in crafting rock and roll songs out of all-too-apparent real world moments and emotion. The five-piece pay attention to social and cultural situations when they see a song taking shape… or, in this case, are setting the stage for a whole new album.

Remote Transmissions Vol. 1 is a covers project from the group and will be out for anyone and everyone to groove to starting this Friday, February 25, but today, The Aquarian is humbled to be exclusively premiering the soon-to-be fan favorite track off said new record. This number, “L.A. Freeway,” originally by Guy Clark, is smack in the middle of the 10-song long album at track number five. It creates balance for the album, zipping around boisterious guitar riffs and slick, understated melodies while allowing a more mellow tone to resonate deeply in each and every listener.

This version of the beloved song, as you will listen to below and will understand further once Remote Transmission is here in full, gives both The Band of Heathens and its fans breathing room to truly absorb this new LP as a whole. Out of the context of the record, though, it’s just as evocative.

It is also a collaboration with Todd Snider, a personable friend of ours, as well as a hands-on artist and quirky musical narrator of the internal and the external. As fans of Snider and The Band of Heathens, to be premiering their version of “L.A. Freeway” and putting it on the map before it is truly in the hands of all of you come Friday, is thrilling.

This group might be full of ‘heathens,’ as the name states, but they are also a band of bustling and bubbling personalities. Outside of the Americana rhythm sections and down home storytelling, each member of this band brings talent, heart, and whimsy to this artistic world they are creating as a quintet. A song like “L.A. Freeway” feels just as old-fashioned and seventies-style Laurel Canyon-esque as it is refreshingly honest about the 2020s. (Which makes sense diving into how the original release is off Clark’s 1975 debut, Old No. 1, and is being covered by a modern musical unit.)

Discussing searching for hope one last time and finding something to believe in, this new take on the song checks all the tender boxes. In addition, it shines a sparkling, virtuous light on just as vital dedication to yourself and your art is – an aspect of life that this group knows more than a little bit about. (We’re looking at you, 52-straight-weeks of pandemic-era livestreaming the Good Time Supper Club.)

The Band of Heathens create a balance of new and old with “L.A. Freeway” – one that makes you think about the now and want to evolve from it, yet lets you find comfort in fleeting moments of the past that don’t always deserve to be forgotten about. With Todd Snider on the track, we are able to experience a song that is lyrically fine-tuned and sentimental, with literal and figurative roots, be invited to become bolder and brighter in today’s day and age. Memories are reminded here and take shape with the lyricism at hand, but also from the musicality that this rising, nation-spanning band possesses. Emotion can, and will, emerge along this tune, too, with the warmth it exudes – and can be directly compared to that of early Creedence Clearwater Revival.

Each member of this band and the collaborators found on Remote Transmissions Vol. 1 are aptly pulling their weight and imparting their own soulfulness into the variety of country rock layers that every single rendition of every single track contains. We say in earnest now, though, that all of that comes to a beautiful, almost acoustic, six minute long number that is “L.A. Freeway,” available to listen to here and now.

THE BAND OF HEATHENS’ BRAND NEW LP OF COVERS, REMOTE TRANSMISSIONS VOL. 1, IS OUT ON FRIDAY WHEREVER YOU LISTEN TO MUSIC! PRE-ORDER IT HERE!