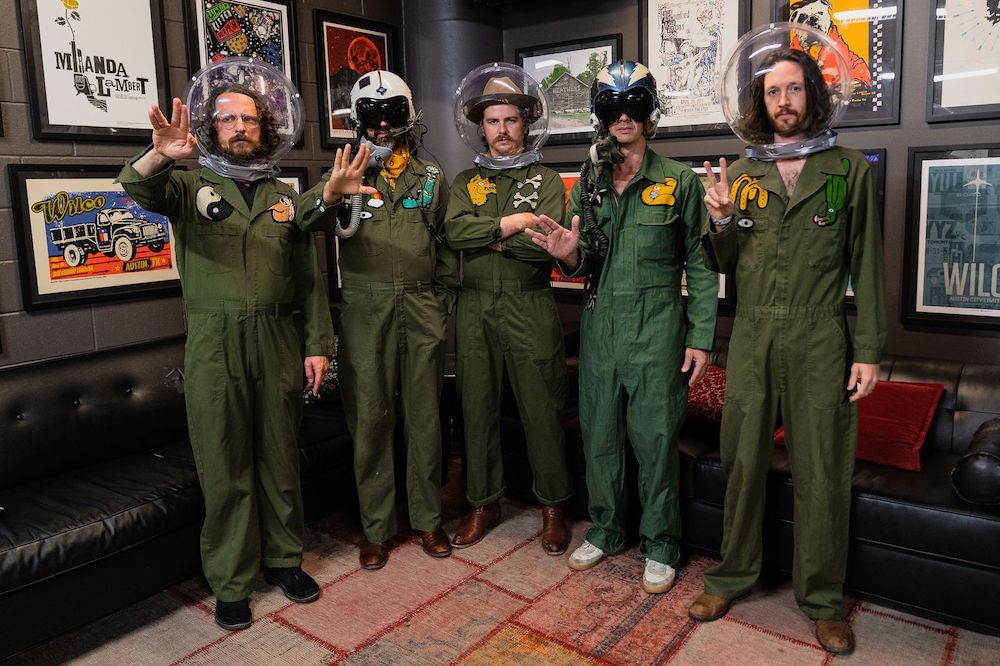 There are few bands whose songs have been covered more than that of The Temptations. Whether you count karaoke renditions or official releases, “Build Me Up Buttercup” and “My Girl” are some of the greatest, widely known songs to take for a spin at any age. Another fan favorite and iconic Temptations track is “Papa Was a Rollin’ Stone,” which was most recently taken on by The Band of Heathens.

A rock group with a country edge, The Band of Heathens have always been acclaimed for their bluesy approach to what modern, 2000s-era rock and roll could be. It only made sense that they made “Papa Was a Rollin’ Stone” their own, as they have the right amount of talent to both respect the original while still maintaining their own Americana flare. It wasn’t without a little help from icon Ray Wylie Hubbard, however, who guests on the new Heathens release.

Collaborating with each other is a no brainer having been peers and friends for some time, but Hubbard is a Texas legend and solo star in his own right. The Band of Heathens are a group effort from start to finish, knowing that their bass lines would only be as slick with the guitar riffs surrounding it and specific drum beats holding it steady and so forth. It was the former’s idea, though, to work together and knock this utterly classic song out of the park in 2021.

In a press release, the solo artist explains, “If I couldn’t do ‘Papa Was a Rollin’ Stone’ with The Temptations the next best would be to do it with The Band of Heathens, so I did.”

And, boy, did he do it. This brand new cover of the song is set to be featured on The Band of Heathens’ forthcoming compilation album. Aptly titled Remote Transmissions, Vol 1, it is preparing for a Winer 2022 release. The band and Hubbard have set a rip-roaring stage for it, too. “Para Was a Rollin’ Stone” has never felt so ambitious or so American than now. There is this strength behind it that can only be found in pride and hope, resonating like never before. The edge based in a familial passing is still not lost, for the reminiscent ensemble style vocals are almost personified as a choir of hands holding someone up with warmth, closeness, melody, and harmony.

It’s not the 1970s anymore, but that time was filled with experimentation, collaboration, and art with heart. Both The Band of Heathens and Ray Wylie Hubbard are itching to bring that back, and it is with banding together on this memorable number that is going to do just that.

“PAPA WAS A ROLLIN’ STONE,” THE COVER BY THE BAND OF HEATHENS AND RAY WYLIE HUBBARD IS OUT NOW WHEREVER YOU LISTEN TO MUSIC!