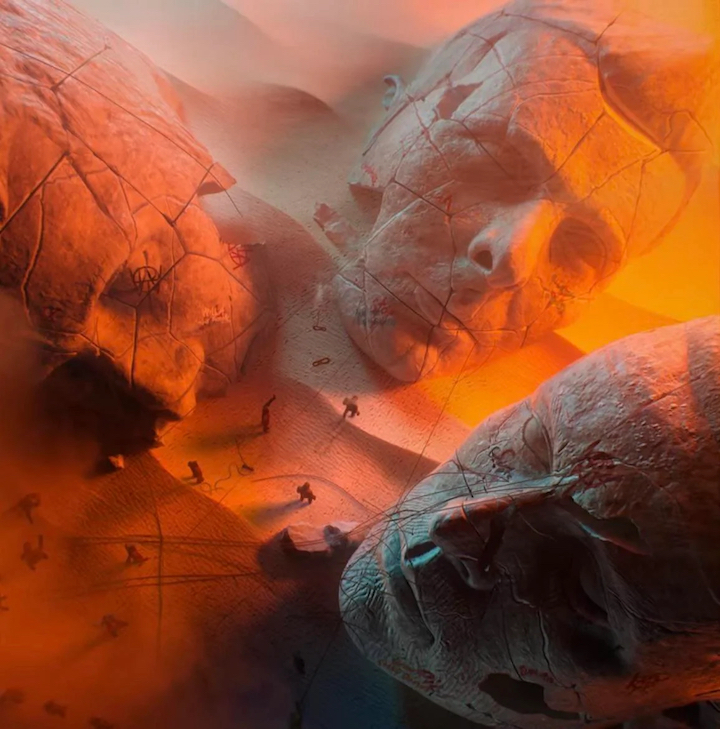 Muse’s ‘Will of the People’ Sounds Like Art Imitating Life

Muse is not going quietly into despondent political alienation, “Will of the People” makes that known. The single is the third to be released from the band’s upcoming album by the same name. Earlier releases were as heavy-handed in their titles and stories as “Will of the People,” one song called “Compliance” and the other called, “Won’t Stand Down.” The British rock band has never been at a loss for words or perspective, and “Will of the People” is definitely ‘the artist’ holding a mirror to society.

“Will of the People” was produced by the band and mixed by Serban Ghenea. A dystopian music video depicting a fictional landscape that feels less science-fiction-y than we’d like to admit, with a character who is inhabiting all the frustration the song embodies. The album is set to be released on August 26th and the band will play shows in the U.S., Canada, and Europe.

Revolution music comes in all forms. Muse has perfectly channeled the heat and mood of the fed-up and mobilized. “The Will of the People” reflects back to fans the feelings they experience in the wake of what feels like some kind of brave new world but is actually real life.

“WILL OF THE PEOPLE” IS OUT NOW. KEEP UP WITH ALL NEW MUSE PROJECTS BY CHECKING OUT THEIR WEBSITE!