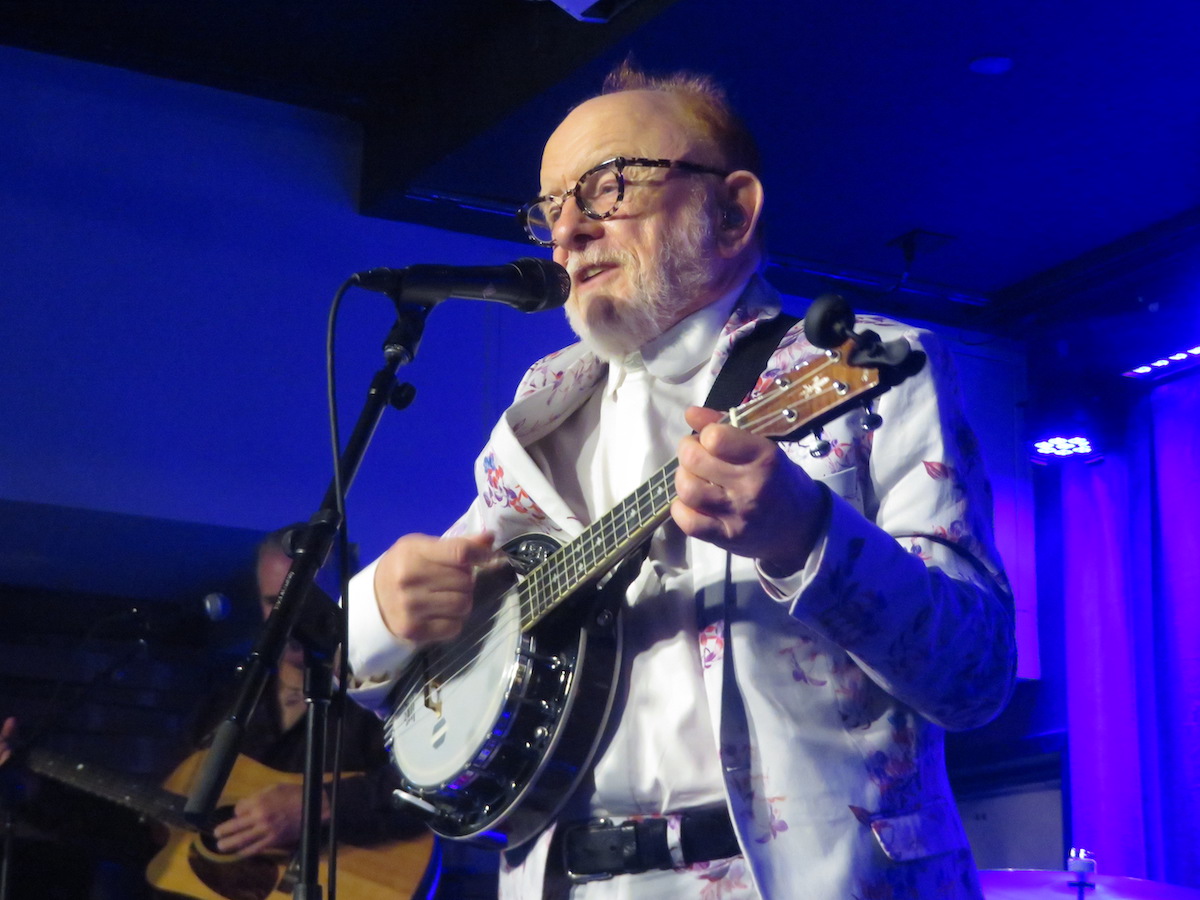 Peter Asher has had an illustrious six decades in the music business, starting as half of the singing duo Peter and Gordon during the British Invasion in the 1960s. The string of hit singles lasted from 1964 until 1966, with Peter and Gordon recording 11 albums before disbanding in 1968. Asher then moved away from performing to working in the business side of the music industry.

In the 1970s, Asher became a record company executive, an artist manager and a record producer, working with James Taylor, Linda Ronstadt, and others. In 2017, Asher became a radio show host with a weekly, hour-long series on the Sirius XM Radio station dedicated to the Beatles called From Me to You.  In 2019, Asher became an author, publishing the book The Beatles from A to Zed compiling his personal reminiscences of the band.

Asher was never a composer, however, so much of his two-night engagement at the Loft at City Winery NYC was comprised of songs associated with his career and the careers of his band members. On past tours, Asher’s show incorporated projected visuals chronicling his career; on this tour, the visuals were eliminated so that the focus could be more on the music. On the current tour, Peter Asher & Company consists of vocalists Asher, Kate Taylor and Cara Lee, guitarists Albert Lee and Bill Cinque, keyboardist Jeff Alan Ross, bassist Leland Sklar, and drummer Steve Holley.

Some of the set was comprised of songs that Asher sang with Peter and Gordon, but a fair amount of the repertoire had a more distant connection, like songs he produced for other artists. He introduced each of his songs with a story, explaining for example how Paul McCartney contributed material or how Peter and Gordon came across the novelty song, “Lady Godiva.” Asher stepped away from the stage several times during the two-hour show to allow the other musicians the full spotlight. After Asher spoke about his time managing and producing Ronstadt, Cara Lee sang Ronstadt’s “You’re No Good.” Taylor sang songs from her forthcoming album, Why Wait. Albert Lee sang and played lead guitar on several songs. Ross sang two songs from his days in Badfinger.

Ultimately, however, the public came to hear Asher sing familiar Peter and Gordon songs, of which there are just a few. Peter and Gordon sang in union, so Asher sang this catalog with his musicians, and often the other voices were louder than Asher’s. Although he was barely audible, he received strong audience approval for “I Go to Pieces” and “Woman.” The rousing closure was a fast and loud reworking of Peter and Gordon’s biggest hit, the McCartney-composed “World without Love.”

Nostalgia ruled the night. Were the songs performed better on this night than they were in original form decades ago? Probably not. The real value of the revue-styled concert was in reliving a period long past and allowing Asher to give his audience a peek behind the curtain with his historical footnotes.