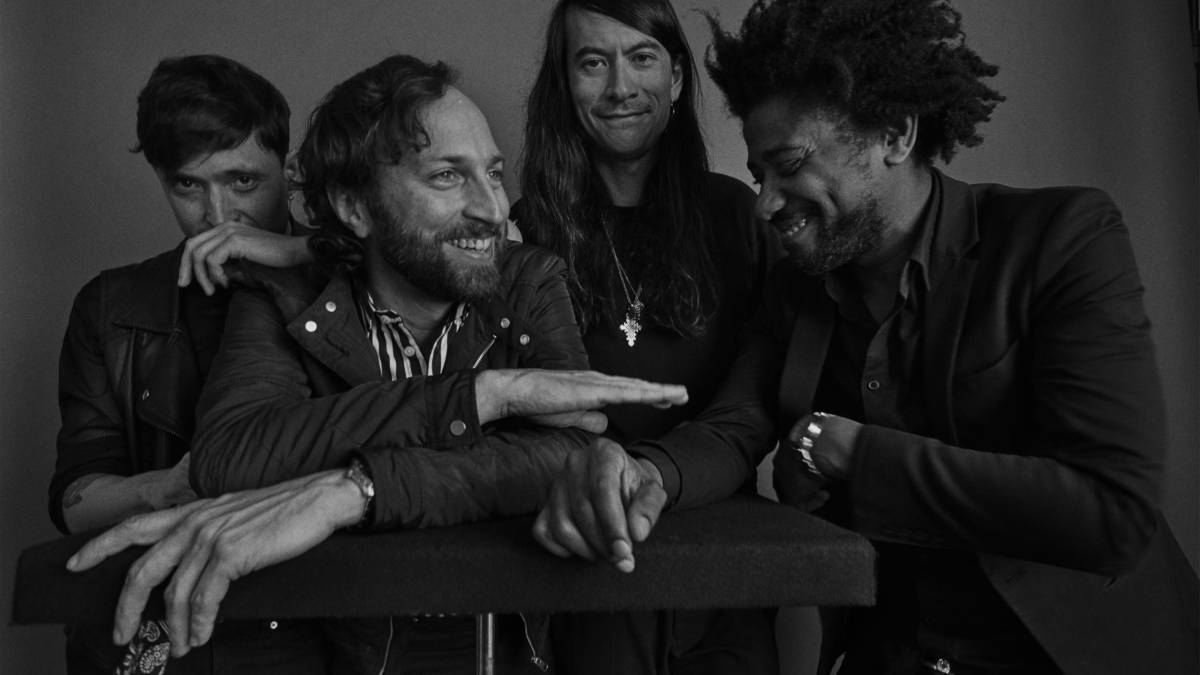 If you’ve ever needed a reason to head into Brooklyn (outside of the thought-provoking wall art and Coney Island), here it is. Algiers are headlining not one, but two shows at Saint Vitus tomorrow, September 14, and Wednesday, September 15. The critically-acclaimed band are coming up on their tenth anniversary of being together and, in the wake of their latest rock release, are playing live shows so coveted and sure-to-be so beloved.

A quartet is made up of edgy, but emotionally charged musicians. They are socially aware in the most introspective and intimate way. These feelings, thoughts, and experiences allow them to put universal themes into their soulful industrial rock songs. This combination of reflection on a personal level gives way to the shining reality of what music is: a form of expression.

Algiers frontman FJF, Franklin James Fisher, explains in a press release about the stellar third record him and his band released (aptly titled There Is No Year), “What I wanted to do is create a negative space wherein I can exist and engage but at the same time not be so exposed.”

The biggest, most muddled ideas in the world are brought down, shrunken, and contemplated over in almost real time in this record and certainly on stage. Algiers have an anthemic, choral way about them, shaping songs to be moments and messages more than just music. Heavy drums, thick bass lines, rollercoaster vocal tones, and more make Aligers who they are and who they will always be: a punky, rocking, pensive, and prolific band that deserves to be experienced in the most robust of ways.

You can catch the Atlanta-hailing band at Saint Vitus in Brooklyn, NY on September 14 and 15. For tickets and info, click here!