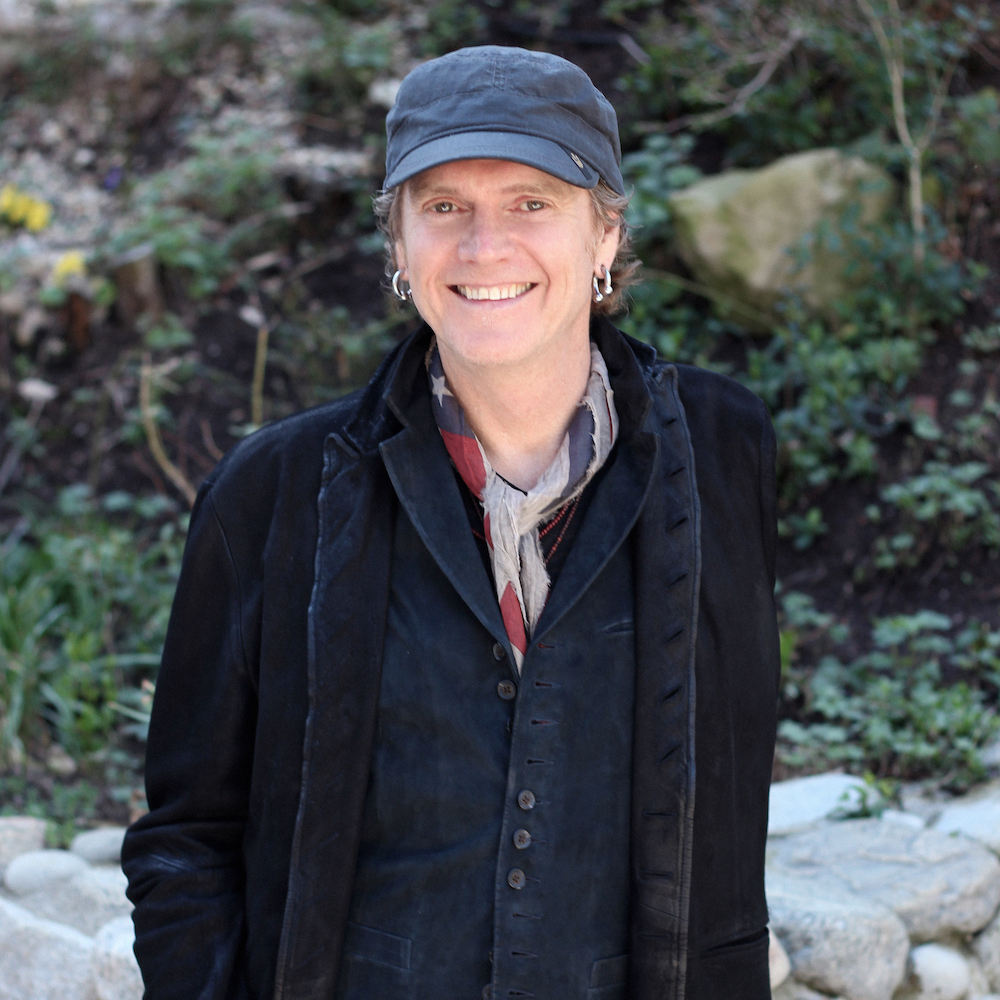 The word fan stems from the word fanatic, and Rick Allen is in love with artistry in the same way that music fans are enamored with specific artists. Feelings, connectivity, bonding, and beauty are felt within the drummer and painter, which is similar to the biggest fan of a band hearing their favorite song live for the first time.

Rick Allen is best known as the drummer for multiplatinum-selling hard rock band Def Leppard, but he’s also an accomplished painter, with several successful exhibits to his name. Allen spoke with Aquarian Weekly at his show in Atlantic City this past summer, but fans will get another chance to catch him when he appears in Short Hills, N.J. on November 21 at Wentworth Gallery at the Mall at Short Hills.

Sitting in a back room at the Wentworth Gallery inside the Hard Rock Casino in Atlantic City in July, Allen explains that doing this type of art actually pre-dates his musical endeavors. “I actually got into painting when I was young,” he says. “Not very structured, but I enjoyed getting paint everywhere. I really loved the feeling of just being in the moment with it.”

Painting took a back seat when Allen hit his teens, though. “I joined Def Leppard right around my fifteenth birthday – I knew I was onto something good because we started playing shows and people really liked the band,” he says, “so I just hung on to those particular reins and went with it. It was the right choice.” This is undeniably true: Def Leppard are one of the most popular hard rock bands of the past 40 years, thanks to megahits such as “Photograph,” “Rock of Ages,” “Pour Some Sugar on Me,” “Hysteria,” and many more.

Allen credits fatherhood with bringing him back around to painting. “Ten years ago when my youngest daughter was born, it wasn’t long before we started painting together, so that reignited my passion for doing it,” he says.

For his exhibits this year, Allen is showing work from his newest collection of paintings, “Wings of Hope 2021.” He’s also including pieces from one of his previous “LEGEND SERIES.” The paintings are all available for purchase, with part of the proceeds going to veterans programs via Project Resiliency, sponsored by Allen’s charity, the Raven Drum Foundation.

Many of Allen’s paintings reflect a strong modern art influence, but with a distinctly rock and roll edge. For example, the “LEGENDS” collection features portraits of musical heroes, from Eddie Van Halen and Johnny Cash to Allen’s former bandmate, guitarist Steve Clark (who passed away in 1991).

When deciding who to choose as a painting subject, Allen says he picks “People that really inspire me. For instance, Kurt Cobain. He kind of turned music on its head. When I heard Nirvana for the first time, it reminded me of when I heard Sex Pistols for the first time in the ‘70s. It was just a shock to the system because it was so raw, but exciting. That’s really what Kurt Cobain brought to the music industry.”

Some may be surprised to hear Allen’s opinion about Cobain: after all, in the wake of Nirvana’s Nevermind album in 1991, hard rock bands such as Def Leppard were deemed obsolete for a number of years as grunge and alternative rock took over. But Allen looks at that time with a positive attitude: “For us, it was a great opportunity to get back to basics,” he says. “We made a record called Slang, and to this day people come up and say, ‘That ended up becoming my favorite record.’”

That resiliency has resulted in Def Leppard remaining one of the most beloved hard rock acts to this day, as the diehard fans who’ve shown up for this exhibit can confirm. One such fan, Ryan Jerry of Freehold, N.J., stands in the main gallery, literally shaking with excitement because he just bought Allen’s painting of Steve Clark. As part of the deal, Jerry not only got the painting, but he also was granted time alone with Allen to talk and take photos together.

“This has been the best night of my life,” Jerry says, beaming. “I still can’t even process it. To have that painting in my home, I’m speechless. Just getting it home to hang, I’m so ecstatic. I am so blown away right now.” He holds out his arm to reveal a prominent Def Leppard tattoo. “I actually got this two weeks ago, not even knowing he was going to be here. So this has been a dream come true. Just the fact that I even shook his hand and he said my name was just unbelievable.”

Jerry says Allen is his favorite Def Leppard member because of “Everything he’s been through and his motivation. He just never gives up.” He’s referring to an accident on New Year’s Eve 1984 that resulted in Allen losing his arm. It seemed like a career-killing catastrophe for a drummer – but instead, Allen worked to master a drum kit set up in such a way that he was able to continue on with Def Leppard. They went on to release their massively successful Hysteria album in 1987.

“Not too many people know that I suffer with PTSD through the trauma I went through,” Allen says, “so I actually find music and art extremely healing, simply because it keeps me in the moment. I think if you’re not thinking about what’s for dinner or what you could have done better or whatever, then I think you’re in a very healing place. So that’s really what it does for me.”

Now Allen is trying to help others cope better, in turn. “Around 2006, I visited Walter Reed Army Medical Center, and obviously I saw a lot of suffering,” he says. “That was when we set up Project Resiliency, to focus specifically on PTSD and trauma.”Allen feels like he’s established a reciprocal relationship with these veterans. “I inspire them because they think they know me because I’ve been out there for so long with music, and that becomes a two-way street, because you see people are inspired to do something for themselves outside of being a warrior. Because if you’re medically discharged, a lot of these warriors, they feel like they’re losing their identity. It’s taking that using it in a different way and being inspired to do something else. And art is one of those things that may help,” he says. “Art and music, to me, are two of the most powerful things there are.”